Known as This Time – the present and Before Time... Modern Torres Strait history could not have happened outside of this frame, the Coming of the Light.”
Tommy Pau

The Coming of the Light is an important event celebrated on 1 July each year. 2021 marks 150 years since the London Missionary Society led by Reverand Samuel MacFarlane anchored at Erub (Darnley Island) accompanied by South Sea Islander clergy people and evangelicals, with a mission to convert people of the Southwest Pacific to Christianity in the the 1840s. In defiance of tribal law Dabad, a Warrior Clan Elder on Erub welcomed the London Missionary Society clergy and teachers.

“Coming of the Light is the demarcation point, a communicative event that frames the modern history of the Torres Strait. Enlightenment has the connotation of knowing oneself”, states printmaker Robert Tommy Pau

“Through the oral anecdotes I have heard and hear, I have created a series of artworks that is put into context within this frame but not framed exclusively through Torres Strait oral history. Oral accounts are part of understanding the time and context of individuals within a history of globalisation. The eventualities of history are inevitable. Furthermore, oral history is not a method of transmitting knowledge in oral communities such as the Torres Strait Islands. Since television came to the Islands oral methods of transmitting knowledge and traditional language has waned dramatically, to the point that I can suppose that there is little trace of it in communities.

The Enlightenment and the Industrial Revolution movements have created modern societies, that have touched every corner of the world, for example electricity.

The title of my exhibition is an assertion that Torres Strait Enlightenment is how Torres Strait Islanders looked at their situation and circumstance in the 1800s and how they recognised their salvation from the commercial world that was obsessed with resources raiding.

Dabad, Amanie (Chief) and Abe (Deputy) had the enlightened intelligence to recognise that the salvation that the missionaries brought, that is, to save their people from commercial exploitation, abuse, and oppression. The acceptance of the Missionary led to a progressive region in such a short time from Palaeolithic existence to industrial capitalism to the present modern contemporary society.

When you look at Torres Strait Enlightenment, we can clearly see these institutions. This is what I depict through these new prints and paintings.” 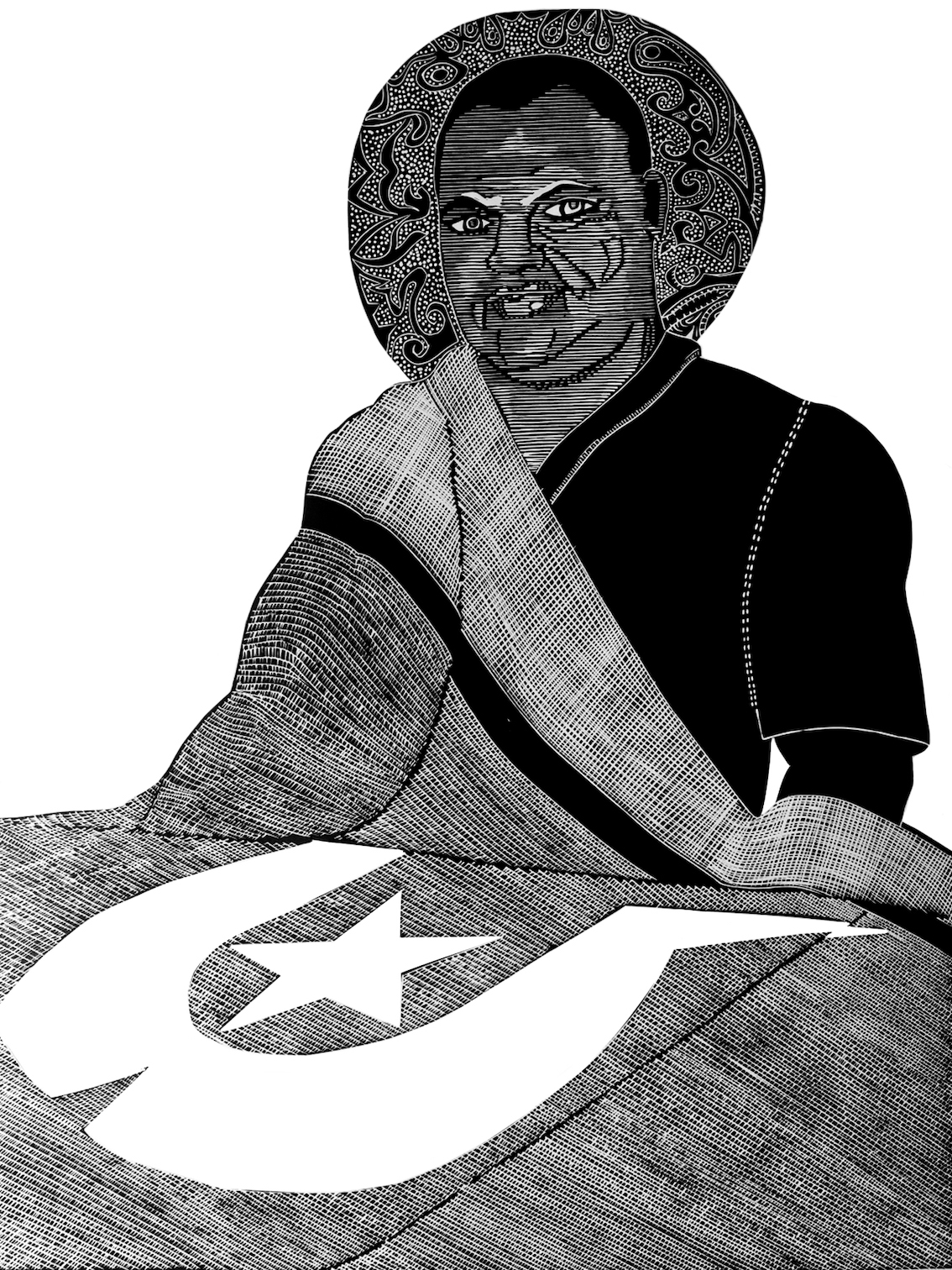 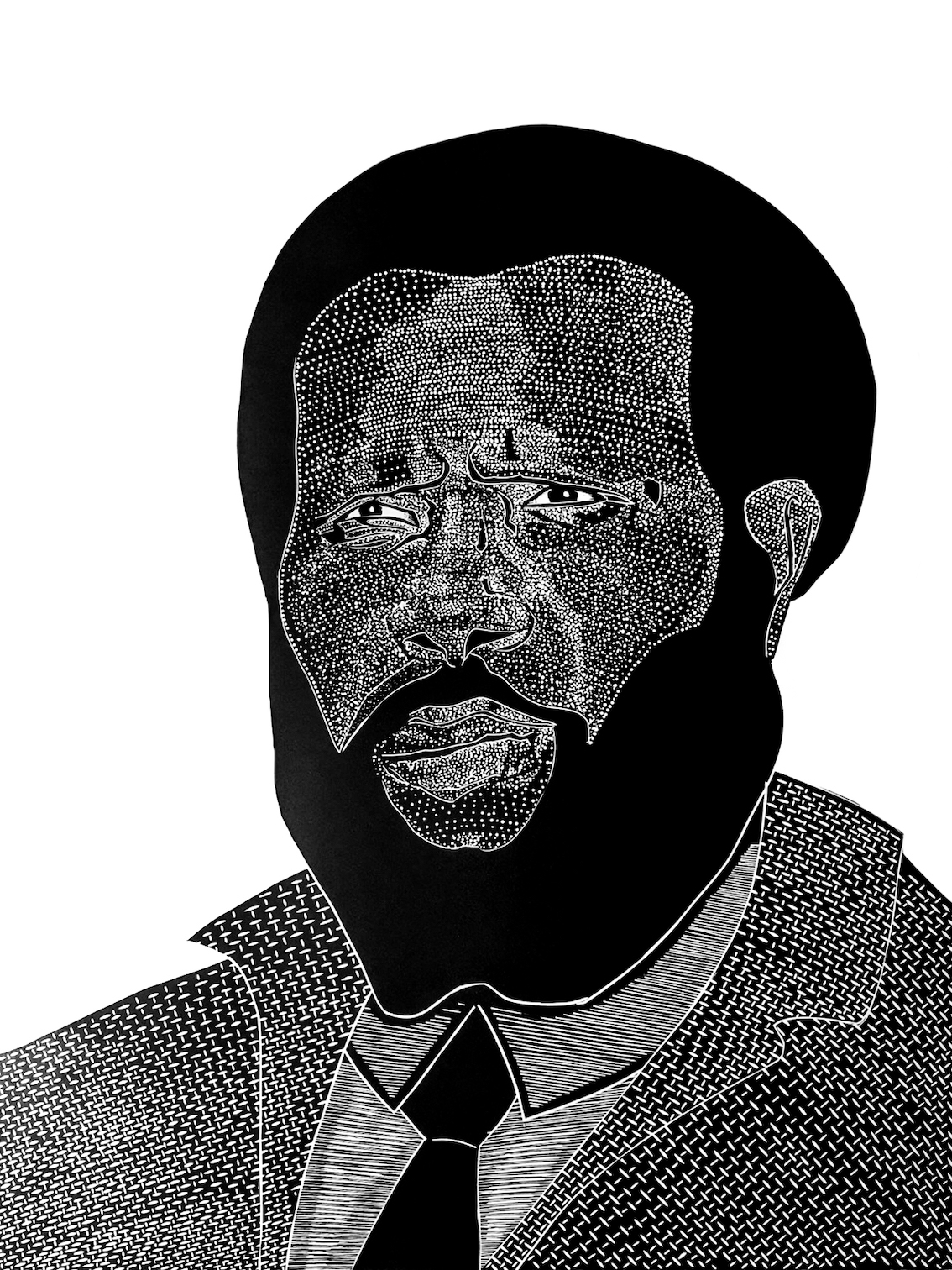 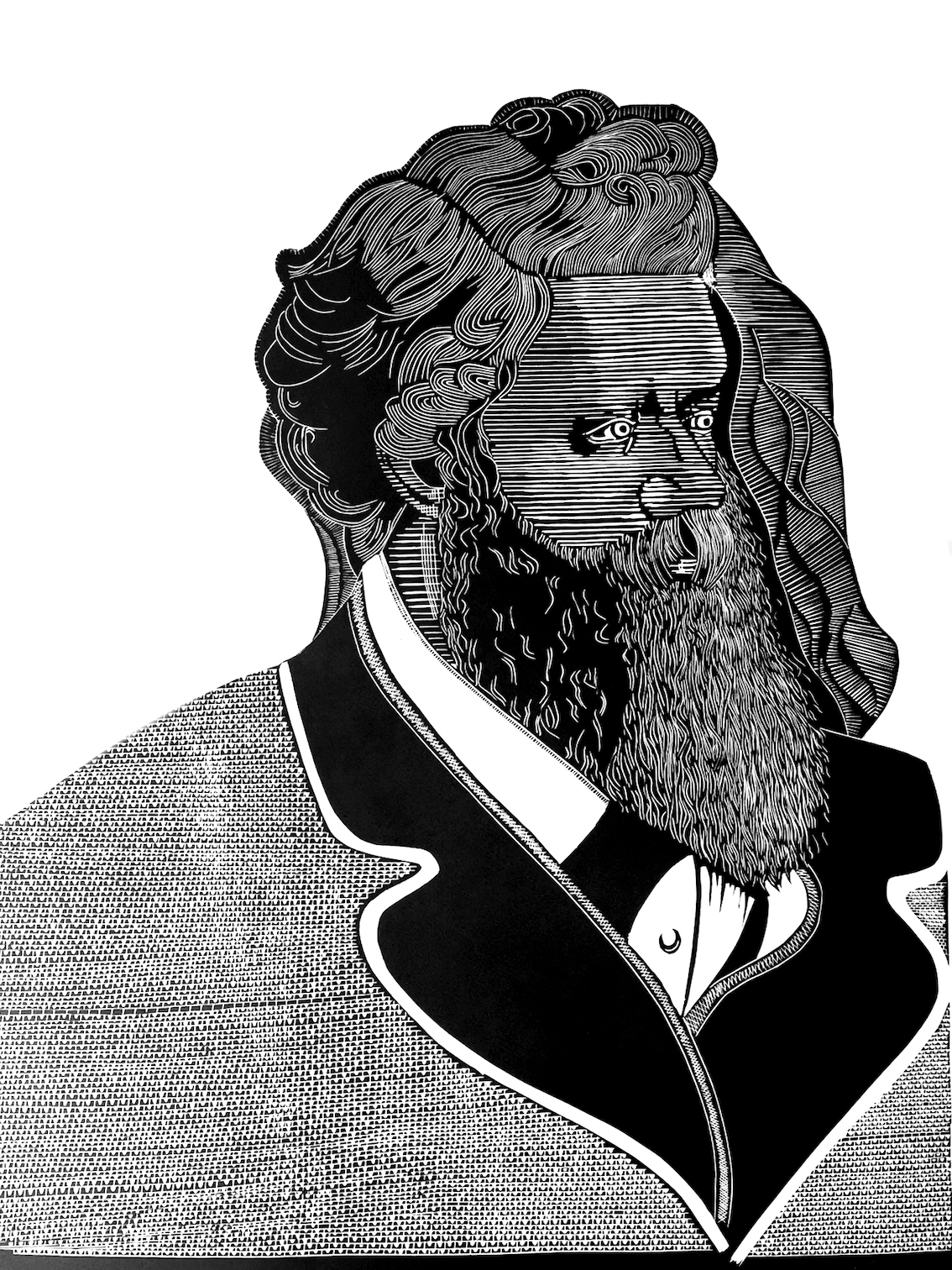 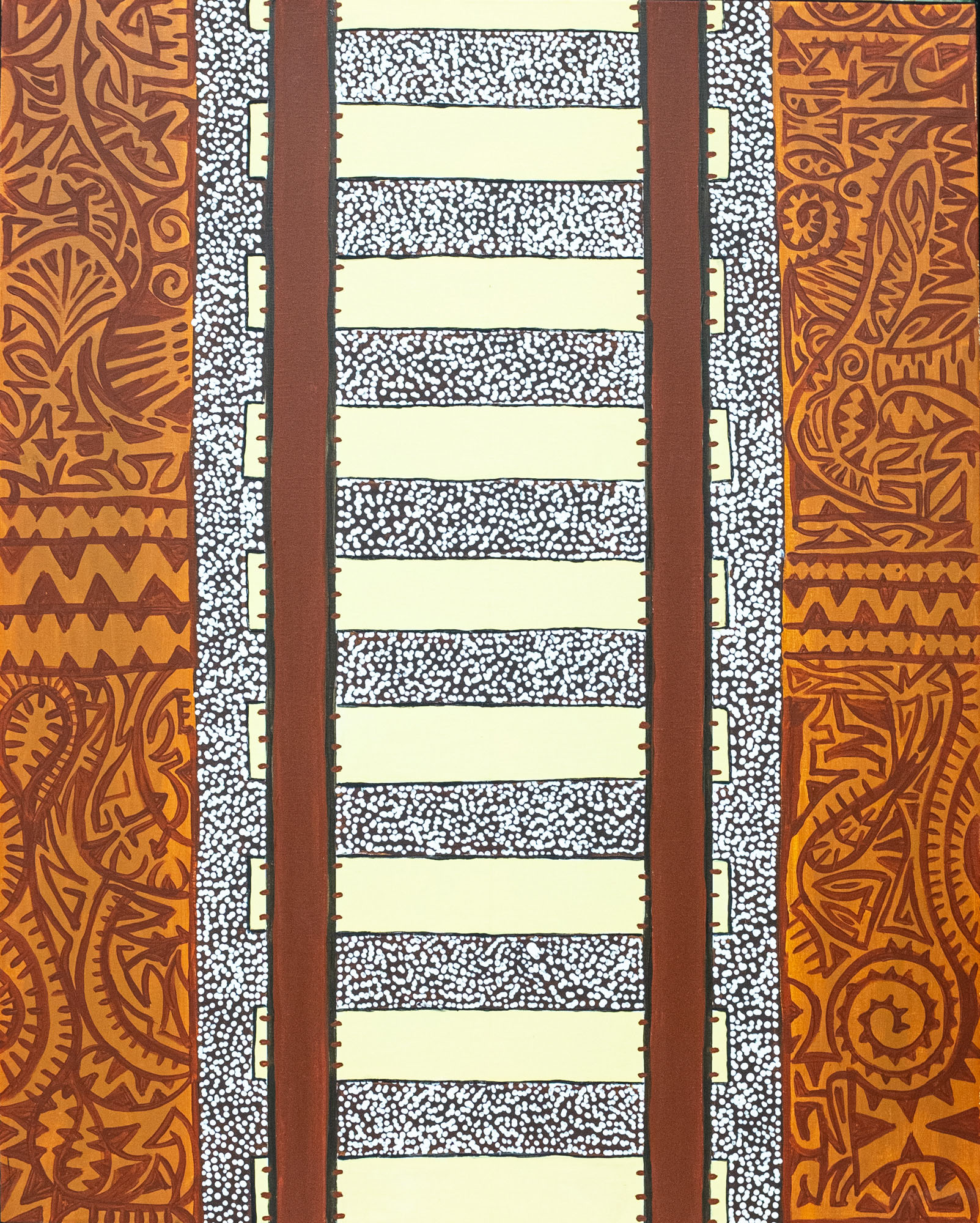 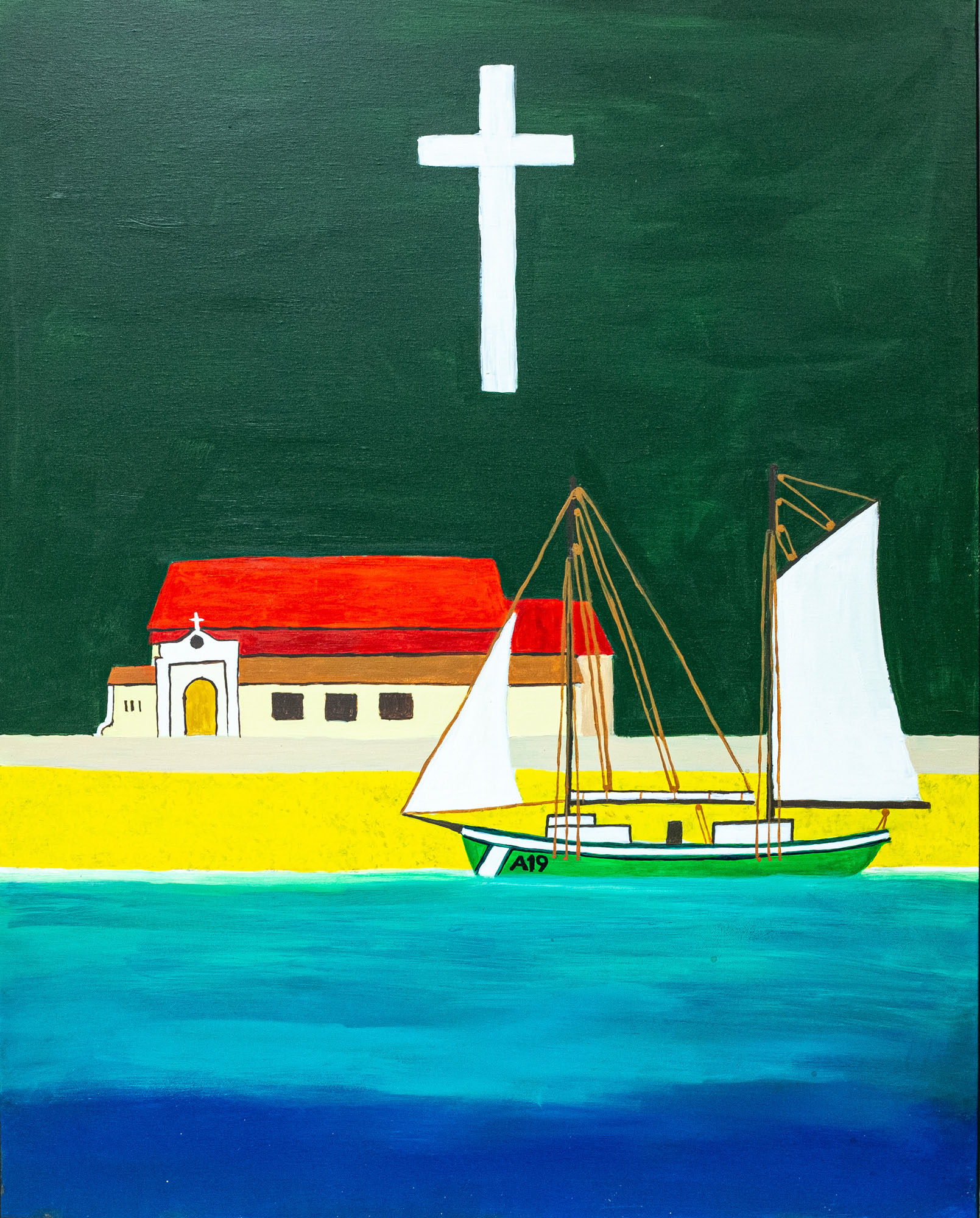