These works are really about adventure and unpredictability, they open intangible and unknown worlds. Every work is a physical manifestation of exploration that went beyond the 'safe and familiar' towards a destination for which no defined map exists. ”

Beyond the Sight of Land is a major exhibition by senior Cairns-based artist Lenore Howard.

Born in Cairns in 1955. Howard commenced an artistic career with studies at the Queensland College of Art in Brisbane in 1976. She worked as a photographic correspondent and editorial artist at The Cairns Post in the 1980s and worked as an art lecturer at Tropical North Queensland Institute of TAFE from 1997 until 2007. Howard has curated, coordinated, and exhibited in 30 plus key exhibitions.

Lenore Howard is a founding member of the Kick Arts Collective Inc. 1993 and was part of the inaugural Kick Arts exhibition The Fish John West Regrets curated by Chris Downie. She then coordinated the seminal feminist show produced by Kick Arts Collective at the nascent Cairns Regional Gallery in 1995. Titled No Piece of Cake, and curated by former Lynne Seear, former Deputy Director at QAGOMA, the exhibition included the work of Howard and fifteen female contemporaries. That same year Howard exhibited in the Queensland Art Gallery show, Regions and Rituals, with a work that had been acquired from the Fish John West Regrets exhibition and entered into the State gallery’s permanent collection. Since then Howard has exhibited work in London, New York, Paris, Melbourne, Gold Coast, Canberra, Brisbane and Cairns.

Intimate narratives and personal journeys thread through Howard’s work, a practice that can be seen to have transgressed from surrealist symbologies to abstract tendencies over the course of 40 years. Social and political references are embodied within the thought behind forms though not always overt in Howard’s final works.

This new large body of work that steps from collage to mono-printing and painting into striking two-dimensional sculptural forms, is a journey that leads the viewer across time and forms that traverse the mind map of the artist. Howard explores dichotomies and dualities through these works and moves across landscapes and topical inspirations to land on compositions laden with tension and balanced resolve.

“For me, these works are really about adventure and unpredictability, they open intangible and unknown worlds.

Every work is a physical manifestation of exploration that went beyond the ‘safe and familiar’ towards a destination for which no defined map exists.

Curiosity about possibilities is a constant driving force for me, and along the way, as I produced these artworks, dead ends and wrong turns reassuringly offered me moments of astonishing surprise when the manipulation of a surface reveals an area that cannot be pre-ordained.

The early drawings and compositions that I laboured over and use to build my work were rearranged and added to and eventually disregarded until at some point the disparate energies came together to form a whole.

This journey was a lengthy one and as it progressed, different sculptural qualities and use of space emerged that signal new a horizon for me and my artwork.” 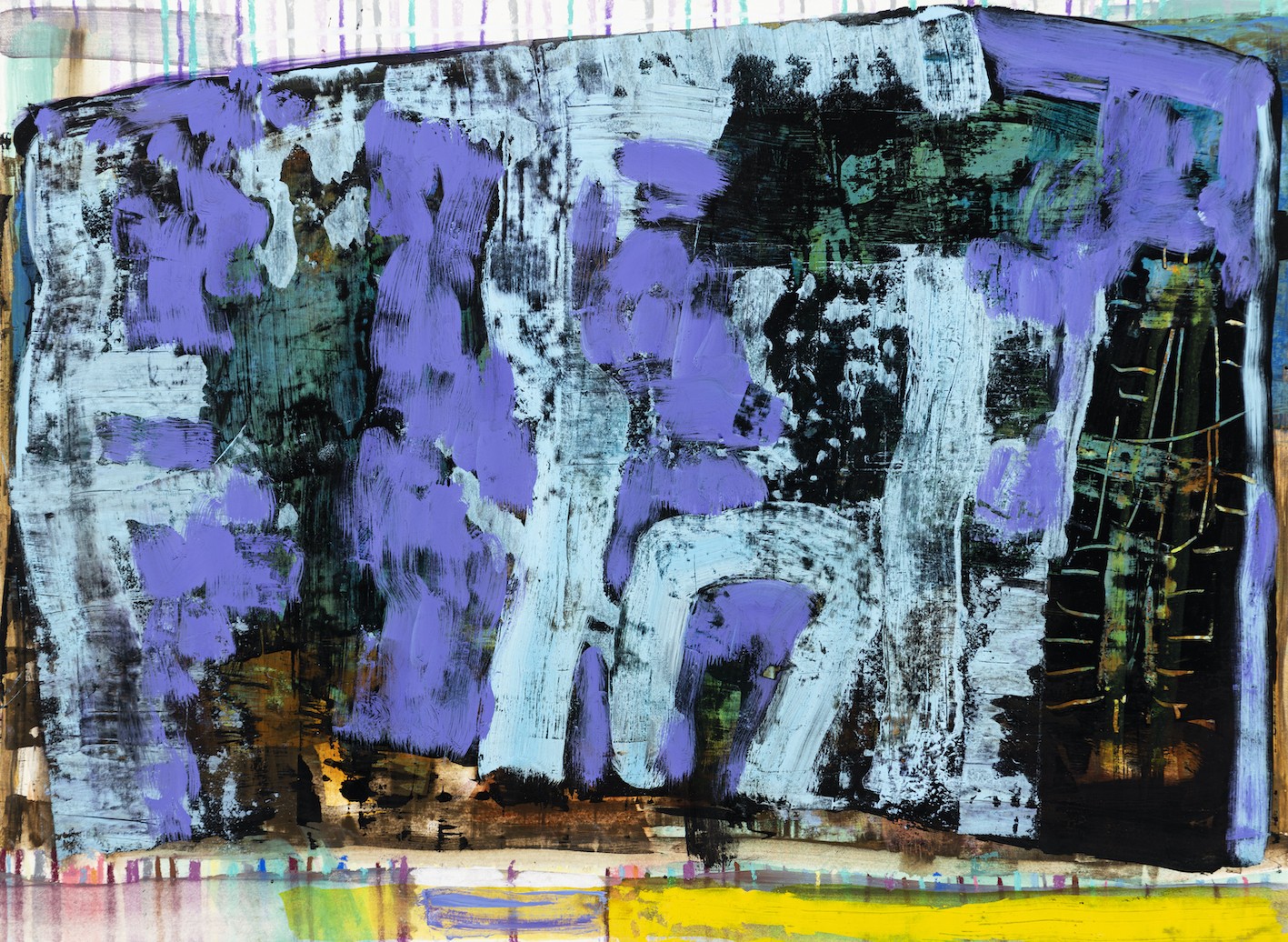 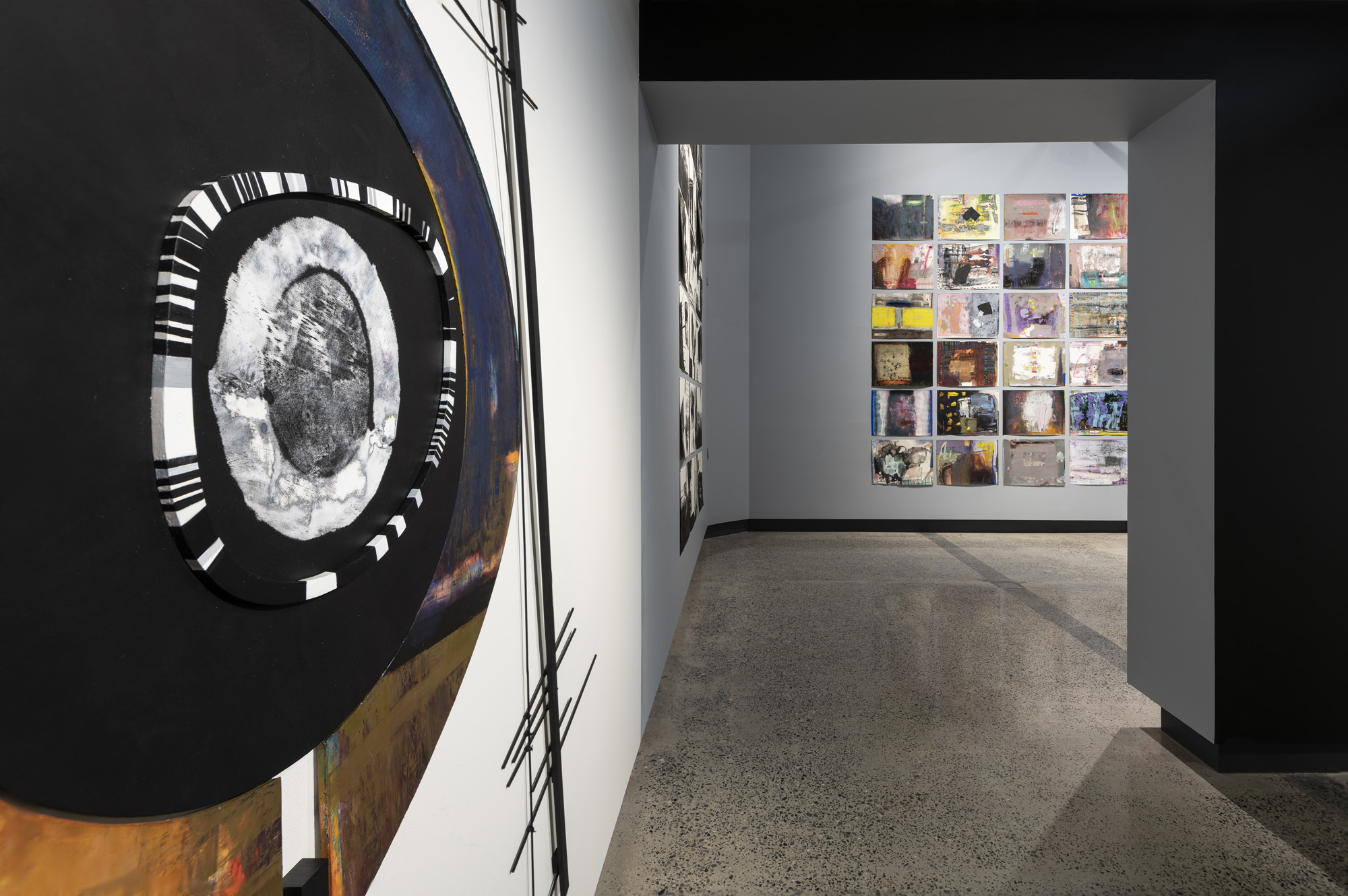 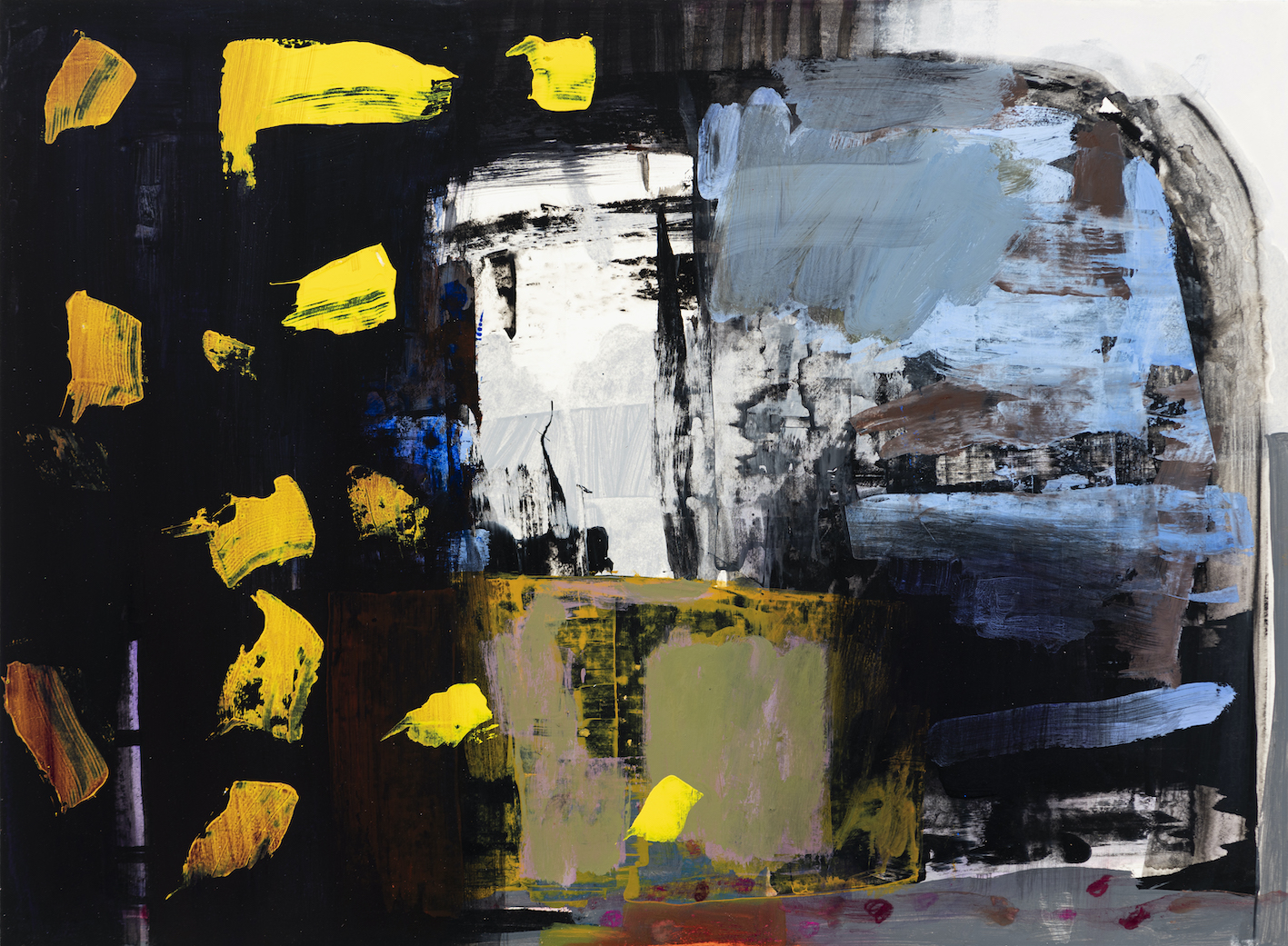 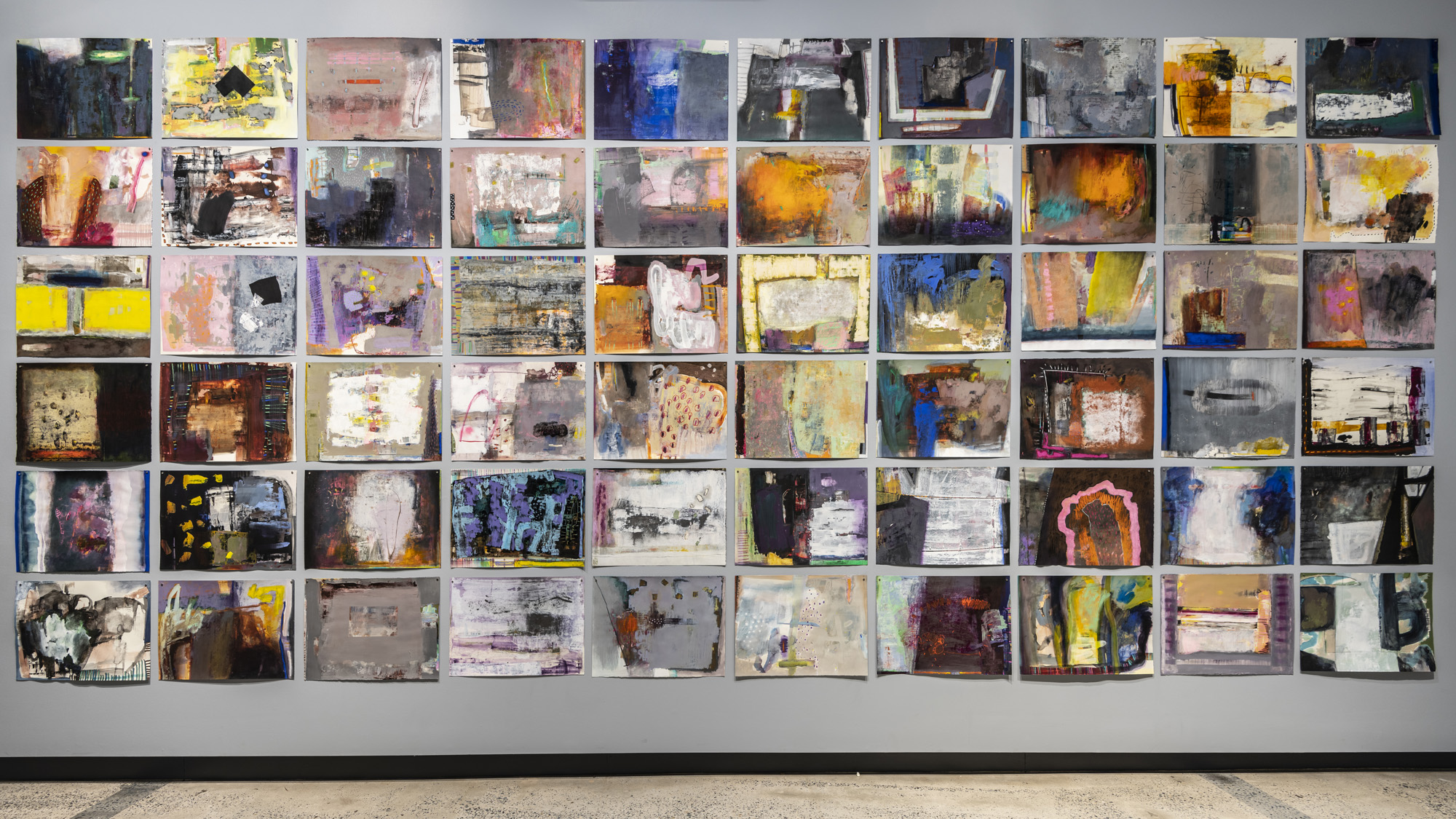 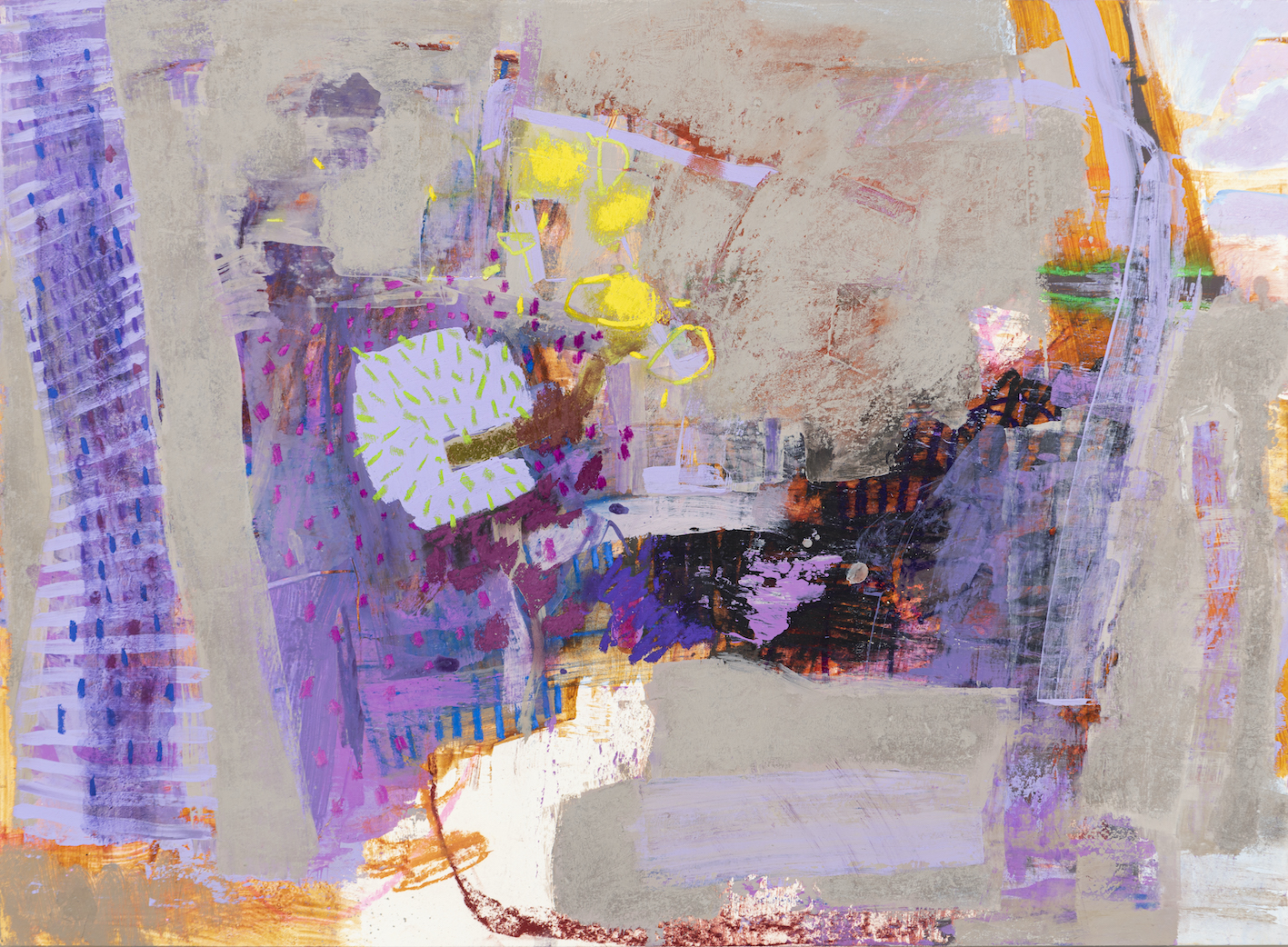 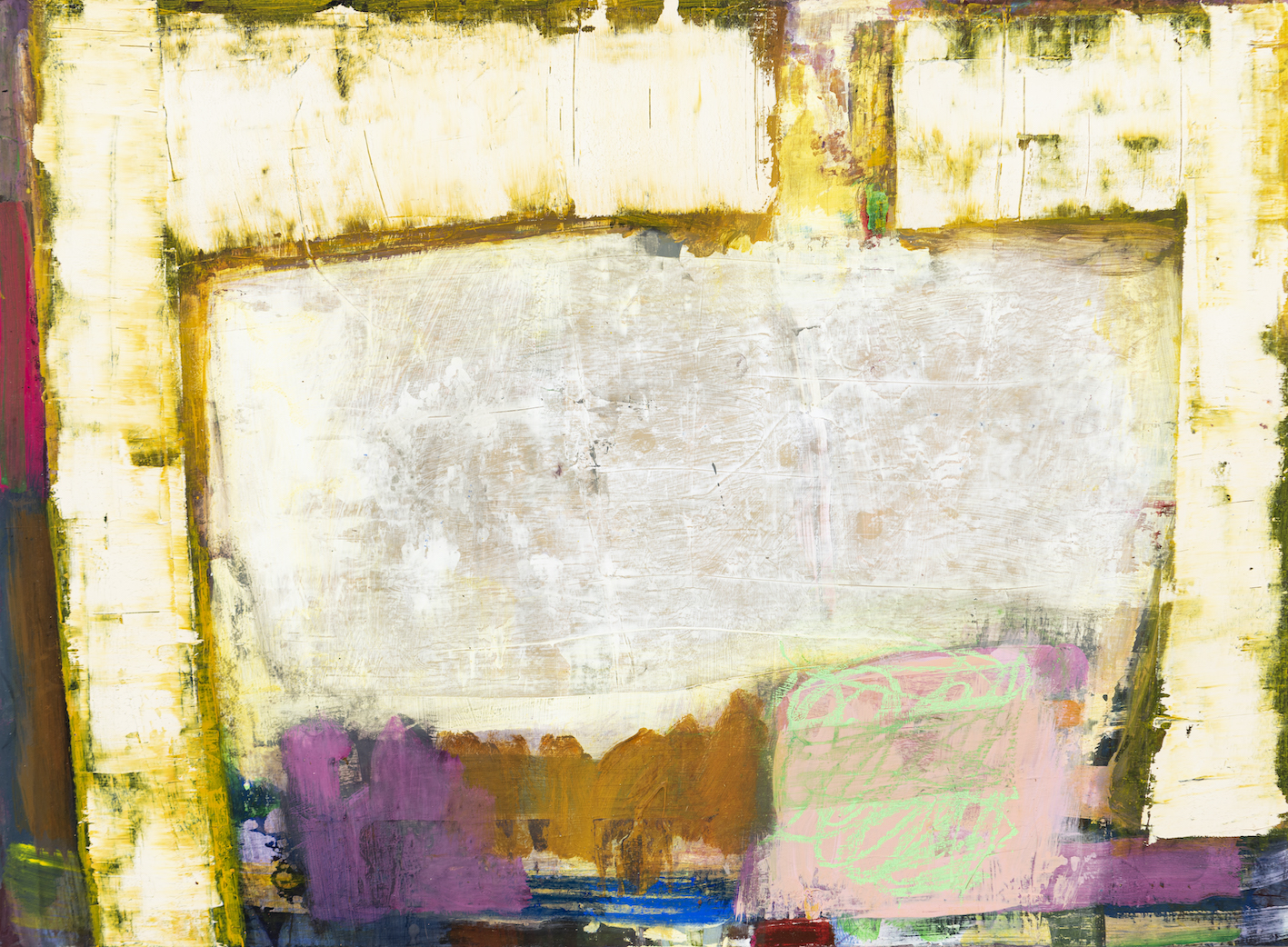 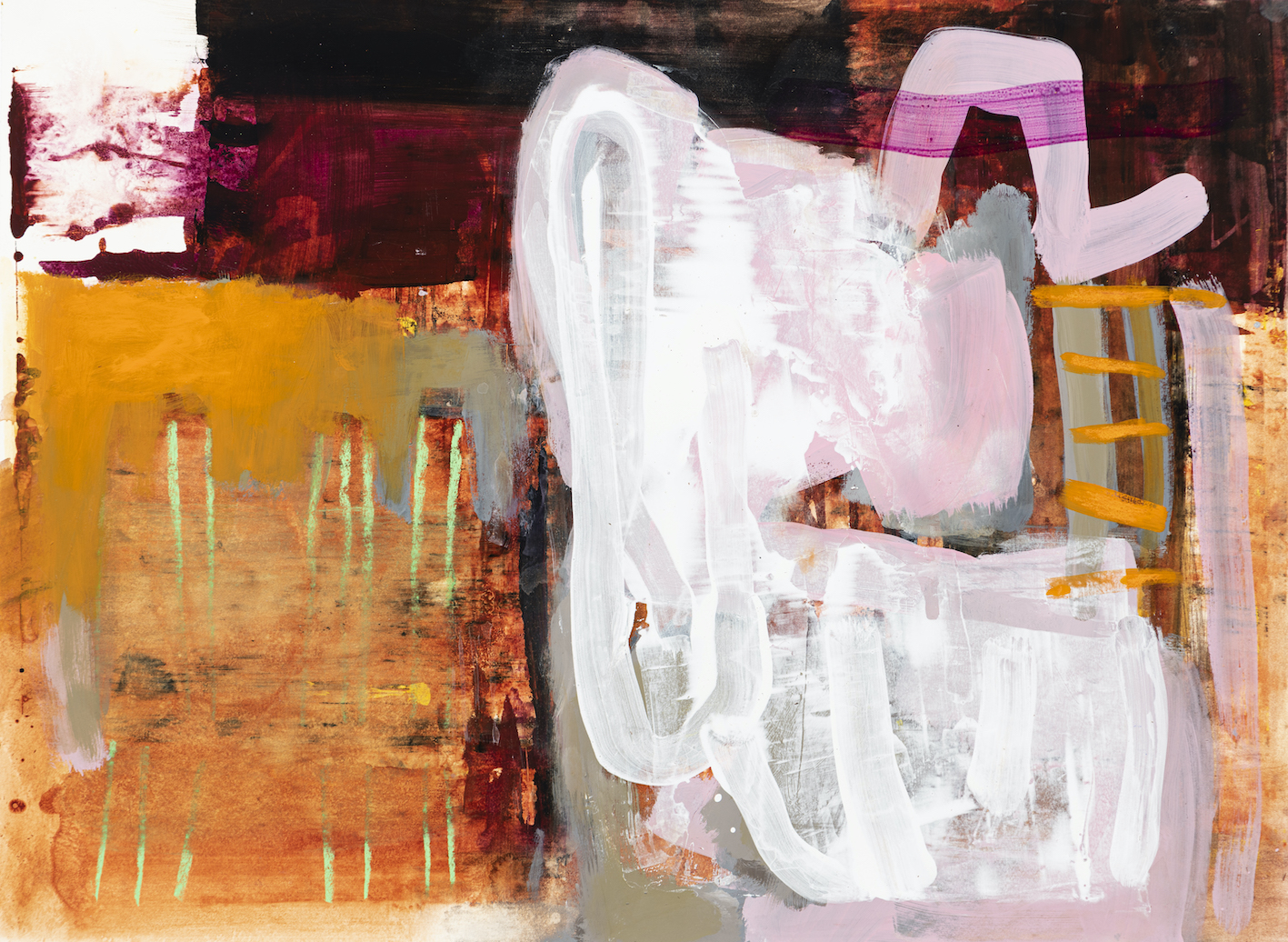 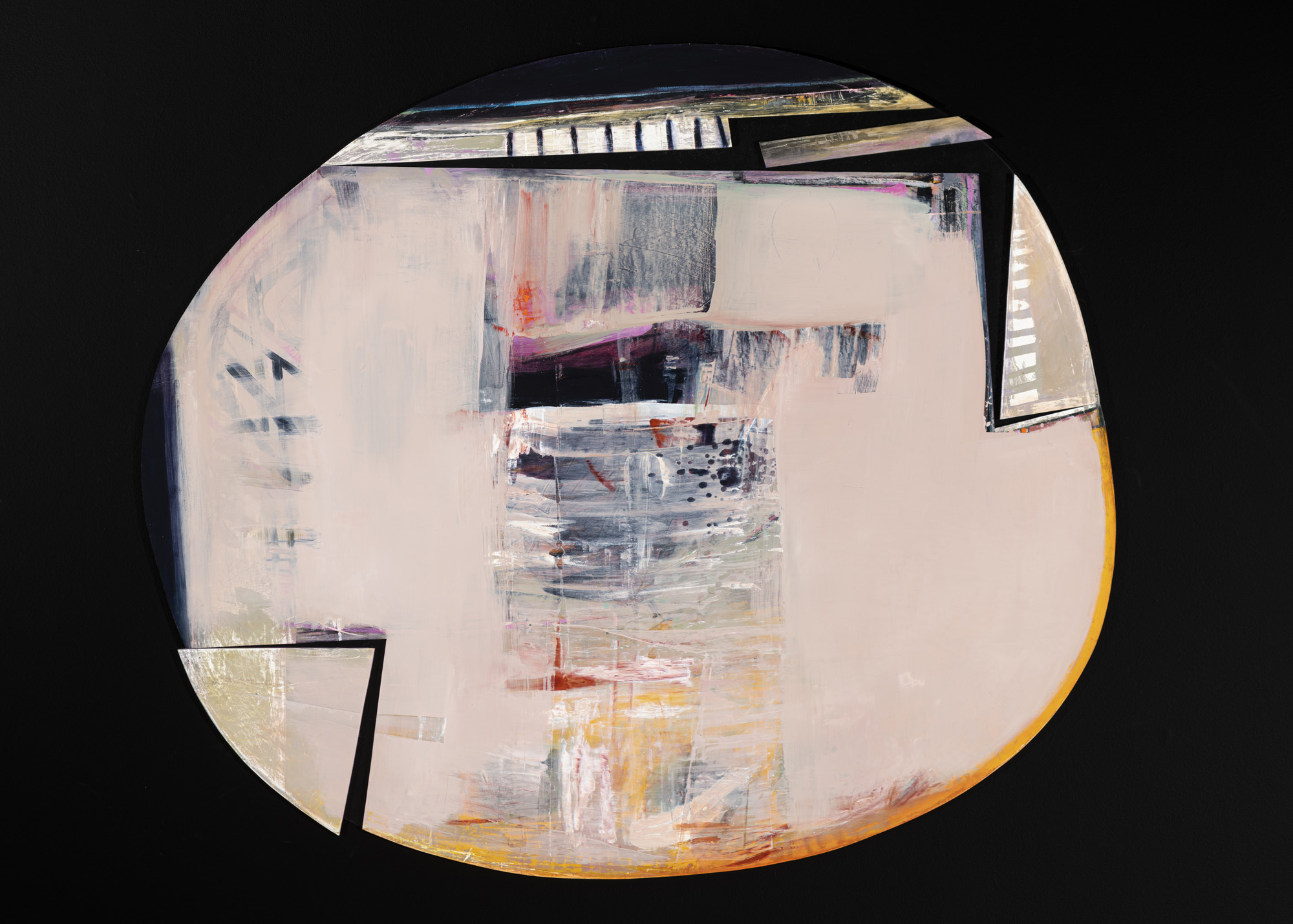 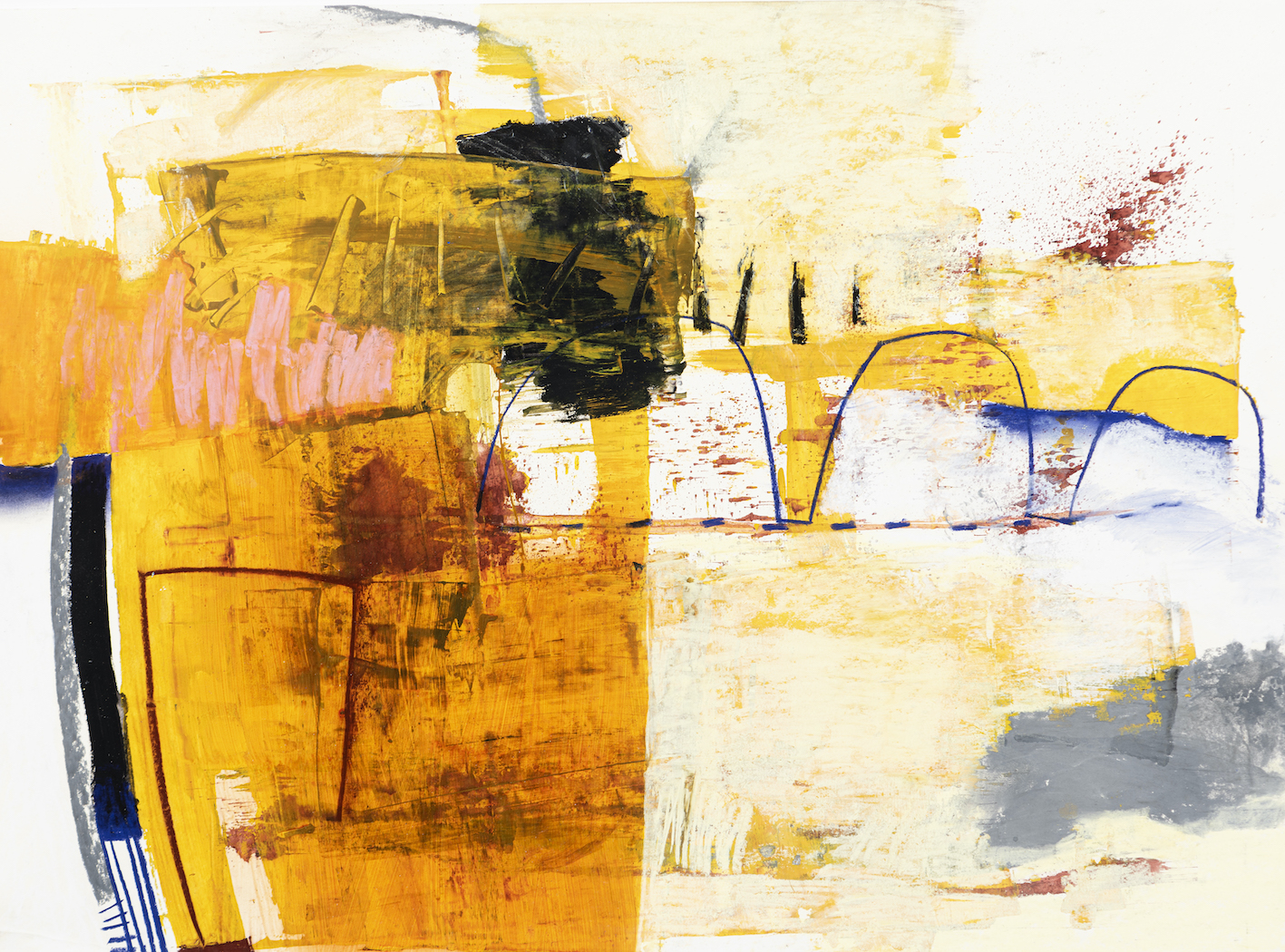 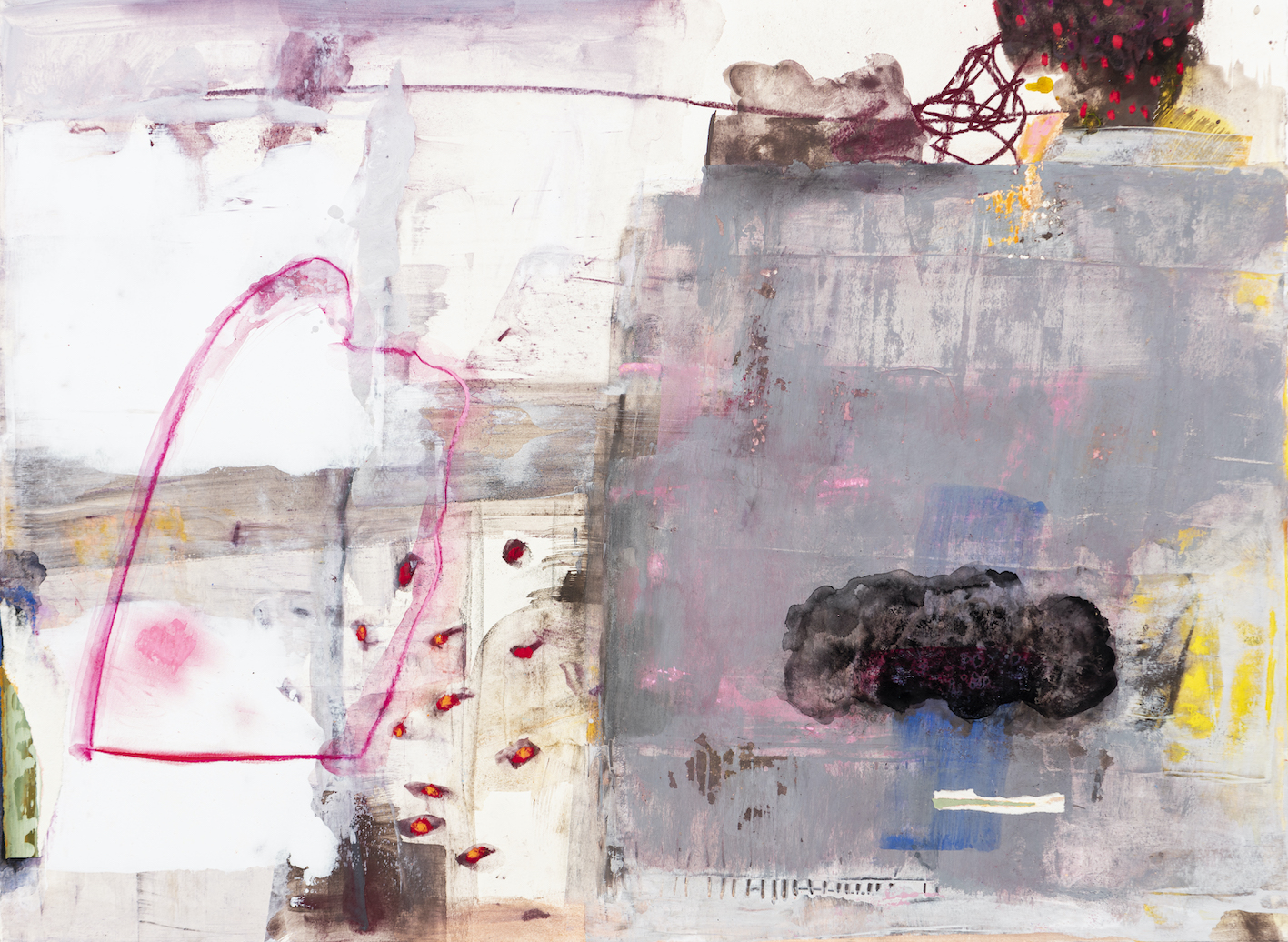 Beautiful work, shapes and colours Devine, I would expect no less from Lenore

we wish we could be with you in person. But you have all our thoughts from our French land. with love and sunna hugs

Stunning show, Lenore! Congratulations!! I could stand for hours in front of that wall of color xo

Absolutely stunning body of work – Congratulations to you and Northsite Contemporary Arts Gallery. Your dynamic artistic talent is showcased here.

I was blown away with your work Lenore! Photographs don’t do it justice. Colors, shapes , positioning and textures are sublime. I had to come back for a second look!