I’m very interested in the tension between the ephemerality of projection and the solidity of the architectural form. Most of my work is site-responsive because, with projection, the space or object you’re projecting onto merges with the moving image and becomes part of the artwork.”
Yandell Walton

Shifting Surrounds is an immersive digital media installation by contemporary artist Yandell Walton who grew up in Cairns and lives and works in Melbourne.

SHIFTING SURROUNDS continues Yandell’s investigation of our anthropogenic age. These new installations follow works including Land ll (2010), Human E ect (2012- 2017) and 1500 per second (2016) in exploring the impact humans are having on the planet. In SHIFTING SURROUNDS Walton also introduces sculptural elements that bring a new physical presence to her futuristic visions as a means of engaging with the technological possibilities we now possess to adapt and/or construct the world we live in.

In the exhibition we travel from the sewers beneath our feet to Earth’s outer atmosphere, visit a digital forest and an industrial wasteland, and experience the alarming intensity of a tidal wave engulfing the building — all while observing the steady countdown towards a world that is 1.5oC warmer thanks to human activity. These works express the vulnerability of the planet we live with — the planet we are part of — and therefore underscore our own vulnerability. Yet they also reveal great power: the power within the environment, the Earth’s ecosystems and (hopefully) within ourselves, to resist. Such resistance, as Francois Lyotard said, is “up to each of us.” It is “to resist the already done, the already written, the already thought” as a means of bringing new realities into being.1

This year, as the UN has noted, “There is still time to tackle climate change, but it will require an unprecedented e ort from all sectors of society.”2 Producing change — even attempting to create change — will require us to embrace the power and vulnerability that is within and all around us.

Through speculative scenarios that bring together the technological, environmental, industrial and human aspects of contemporary life, SHIFTING SURROUNDS offers an experiential bedrock to inspire determination and equip us with the strength to resist.

Our time is running out.

The ice caps are melting, the seas are rising, the rubbish is accumulating and the insects are dying. The realities of climate change are here, yet awareness of climate change is not new. We are now in the year that marks the 40th anniversary of the first World Climate Conference, and climate change has finally come to be recognised as the most urgent issue of our time.

In SHIFTING SURROUNDS, Yandell Walton presents a series of six new site-specific installations that examine the continual process of change and adaptation that is the nature of life — in the planet, its ecosystems, and us. The scenarios presented in SHIFTING SURROUNDS are speculative; they sit within a discourse of science fiction and use metaphor to suggest the extent of the impact humans are having on Earth. Behind these speculative visions are the sobering, and increasingly alarming, facts and statistics of climate change. But facts and statistics alone are hard to digest; they often present catastrophic scenarios that leave us feeling helpless and hopeless. SHIFTING SURROUNDS invites us to perceive the impending realities of climate change viscerally and sensorially. The exhibition takes us out of the ‘real’ world and transports us into a possible future, allowing us to see and feel what our world could become. Walking through this world, out of time and out of place, we are travellers in a desecrated environment created through actions that have the potential to become our own undoing.

Walton’s practice is concerned with impermanence, addressing the fragile, fleeting nature of existence. Working with installation, interactive digital media
and the ephemeral medium of projection, her works are always responsive to the architectures they inhabit, merging the solidity of architectural form with the elusive nature of projected light. Her site-specific installations, ranging from large-scale, projection-mapped buildings to intimate peepholes, have transformed urban laneways, industrial sites, modernist homes, waterways and galleries, presenting viewers with unexpected encounters. In each instance Walton’s works transform these spaces with an otherworldly presence that invites us to experience the mystery, chance, possibility and ephemerality that lies at the very heart of existence.

ESSAY EXCEPT BY EMMA MCRAE

Can art inform, convey and reach an audience to make a change and take action?

Produced by NorthSite, filmed and edited by Shiny Shiny Productions – Melania Jack & Patty Preece with assistance from Jade Schuck. The Regional Arts Development Fund is a partnership between the Queensland Government and Cairns Regional Council to support local arts and culture in regional Queensland. 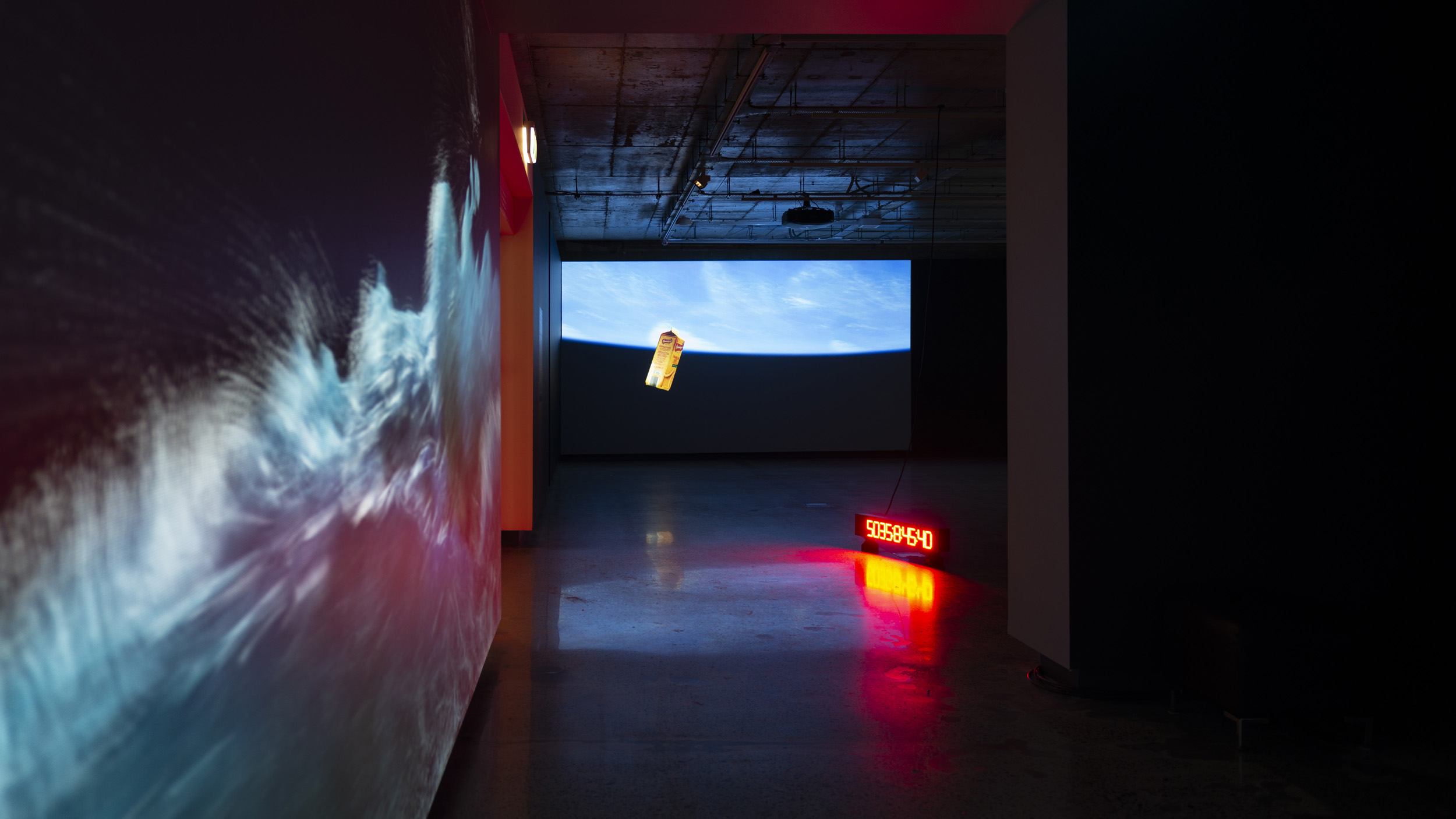 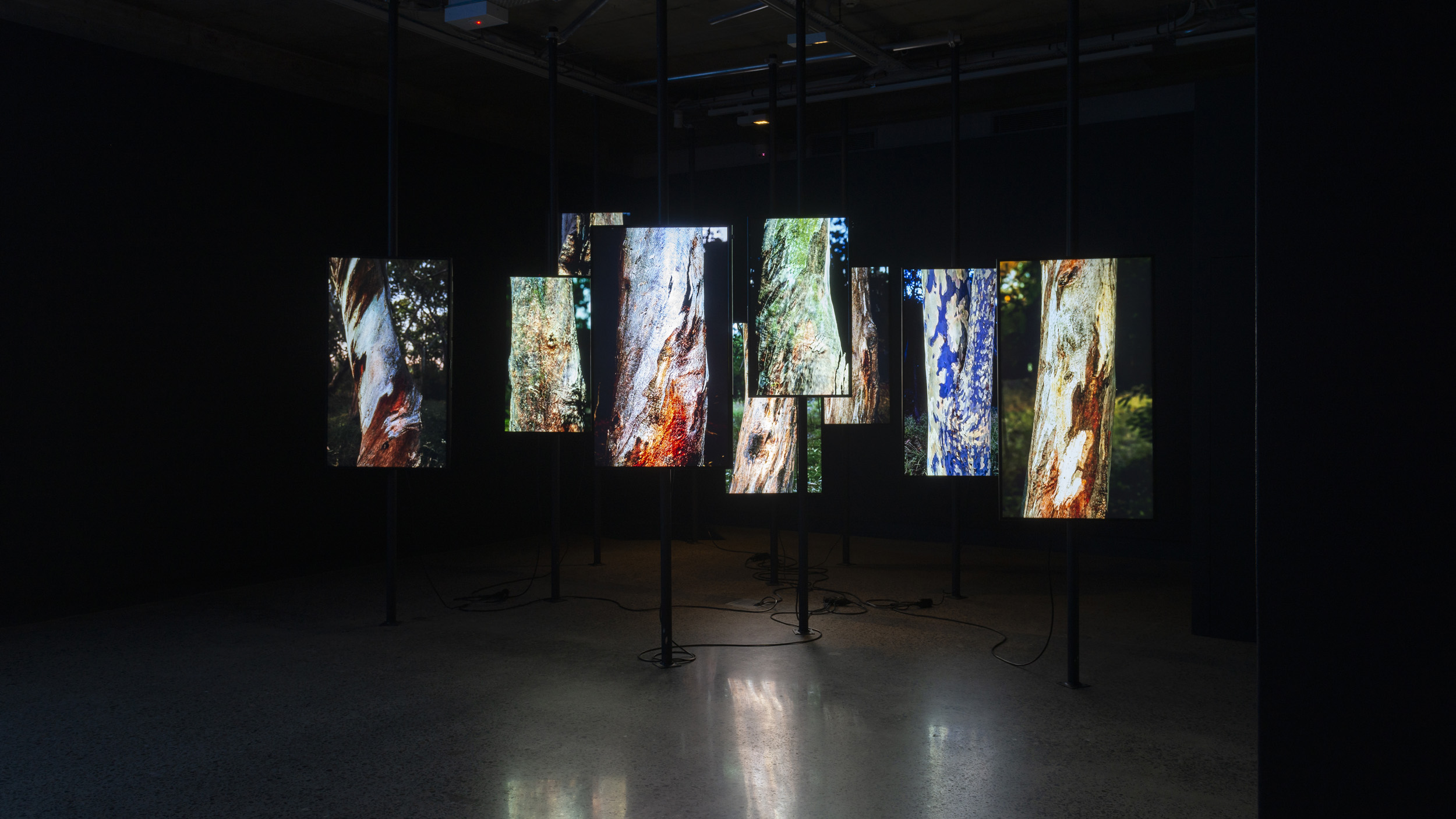 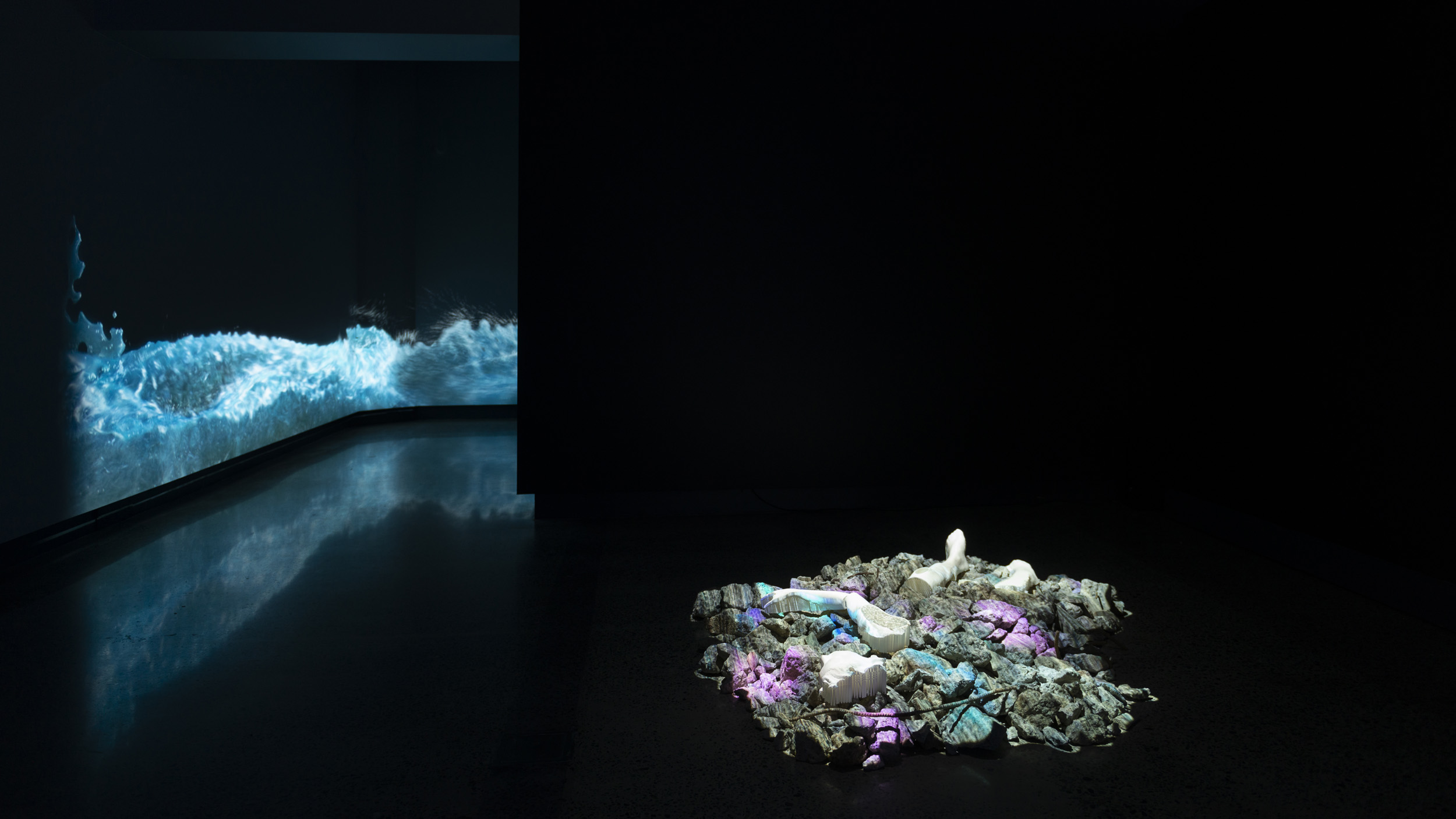 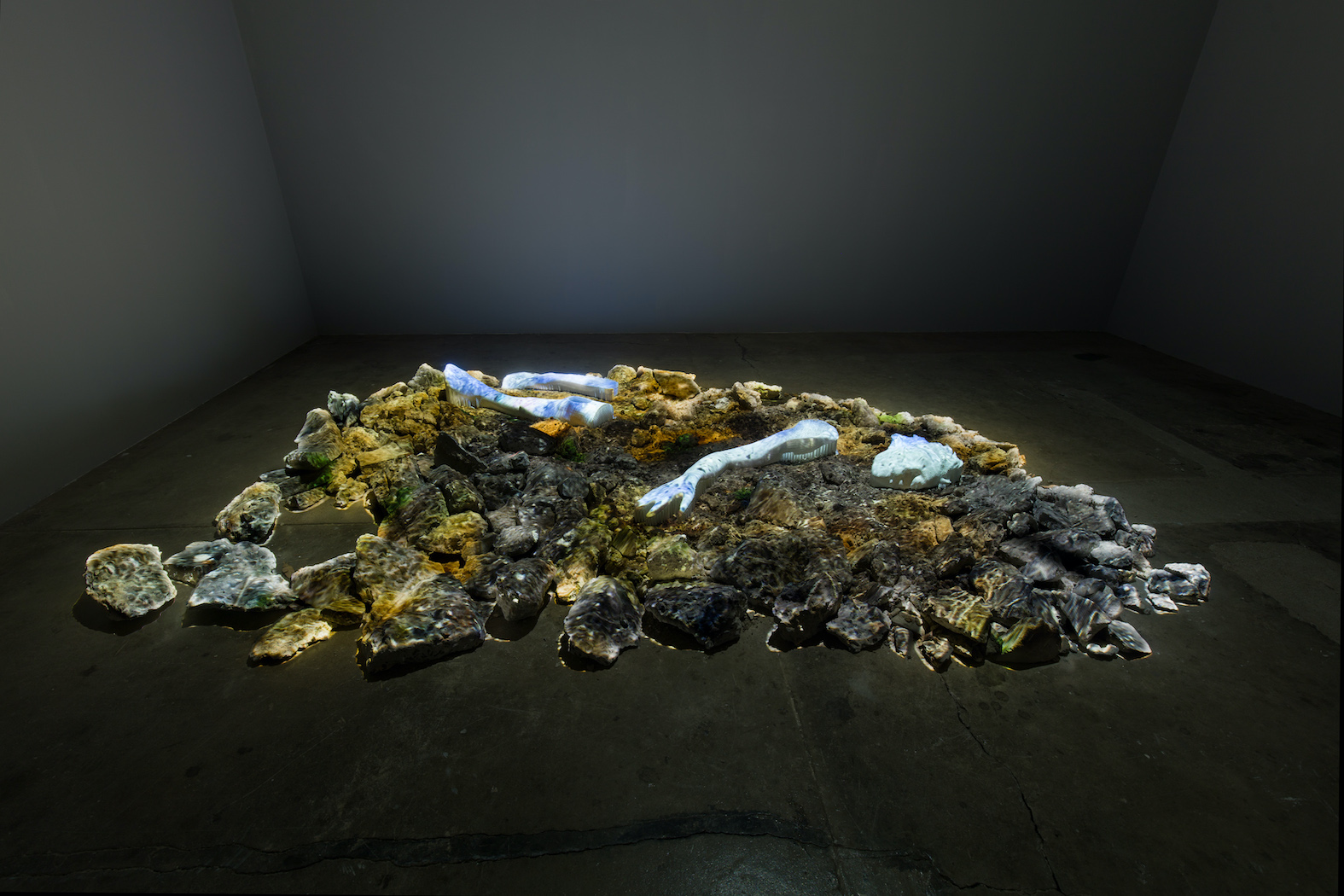 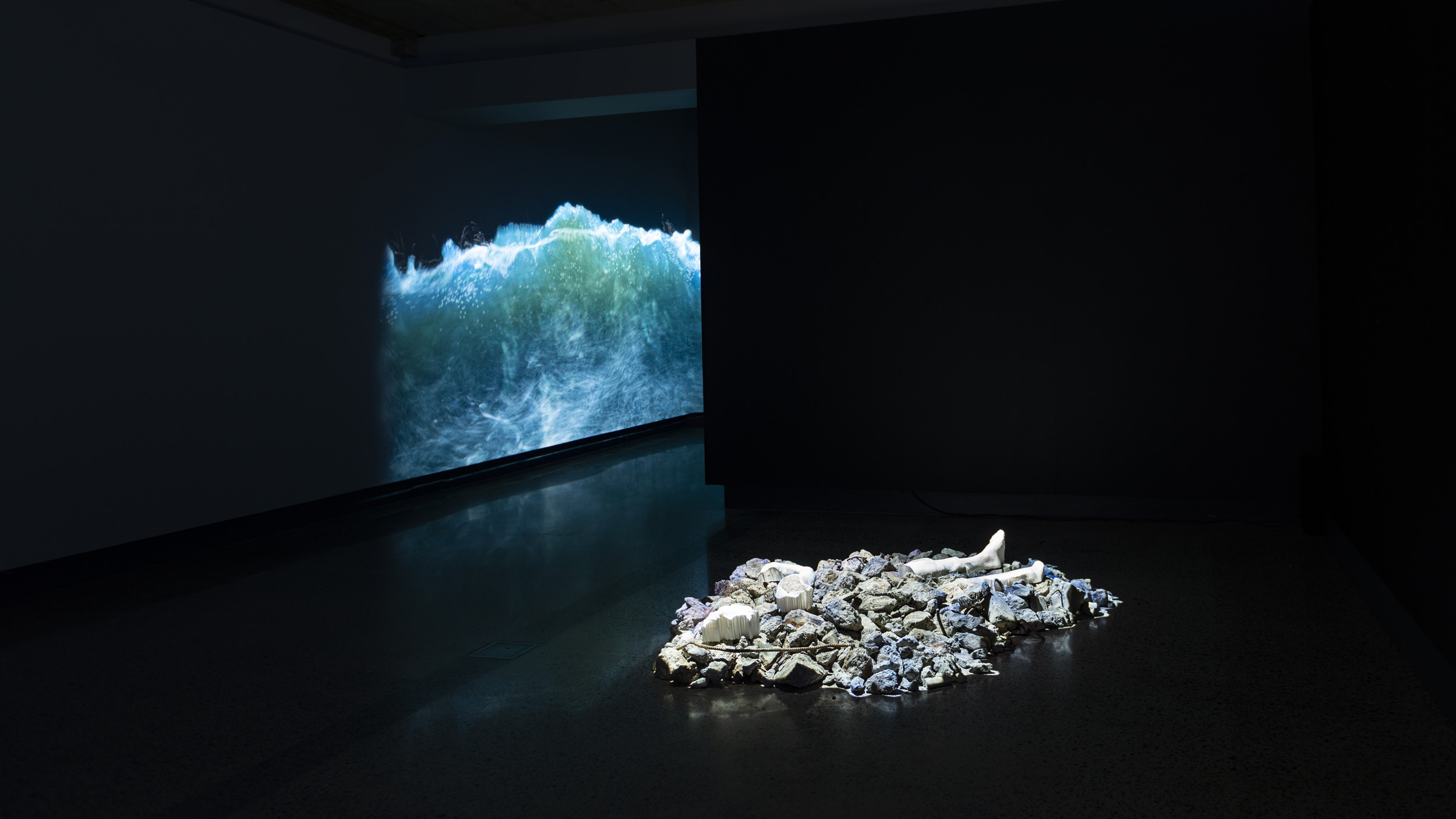 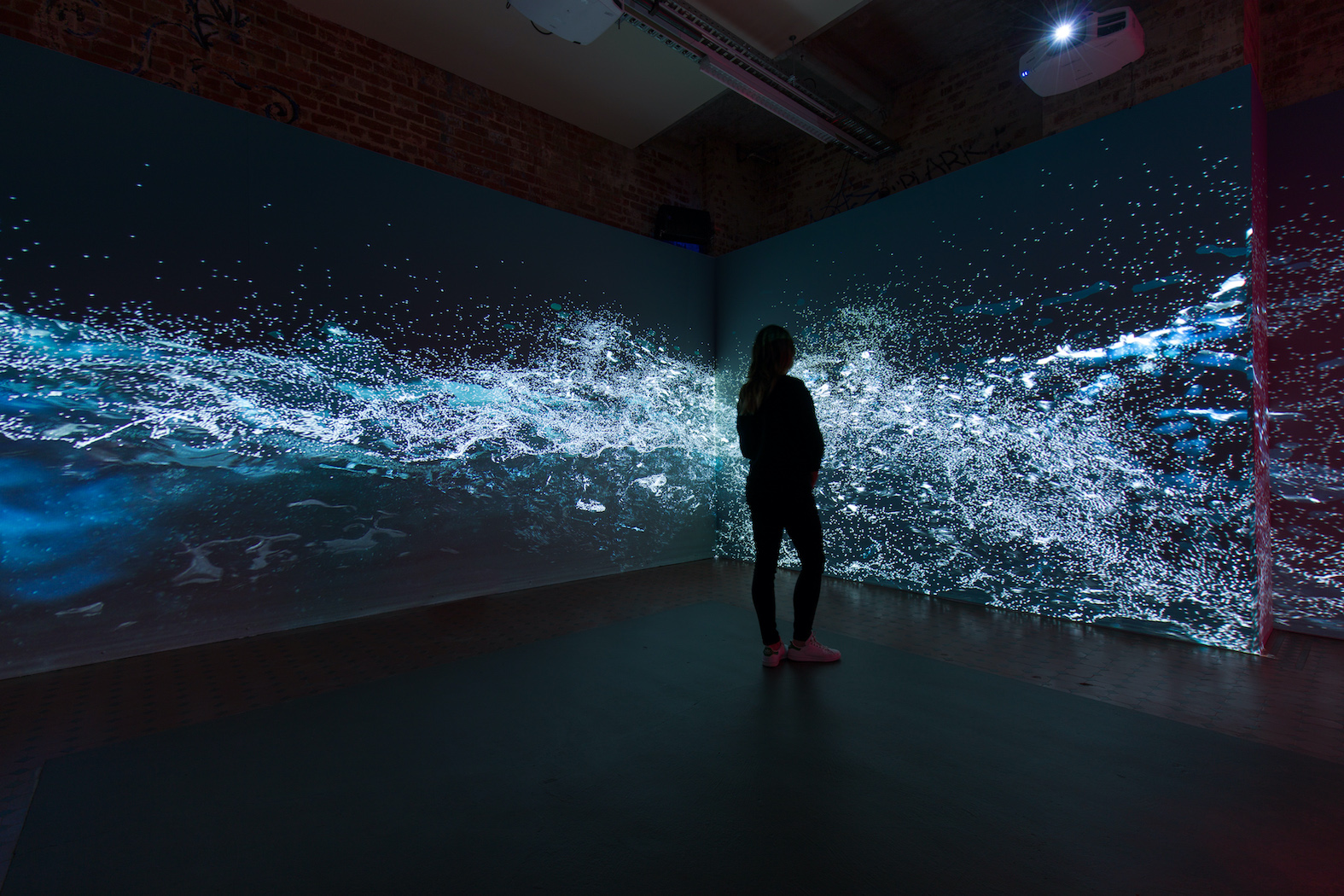 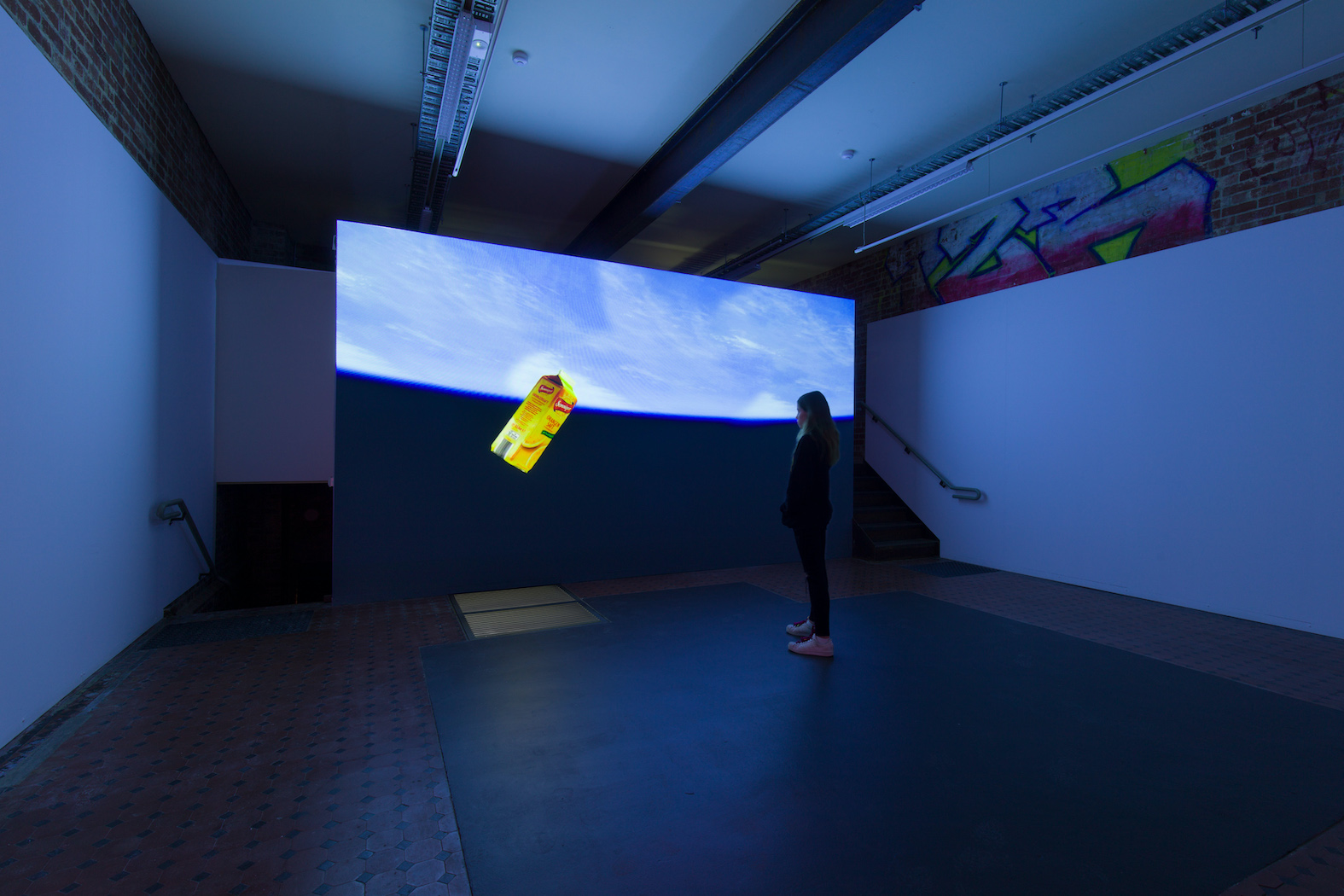 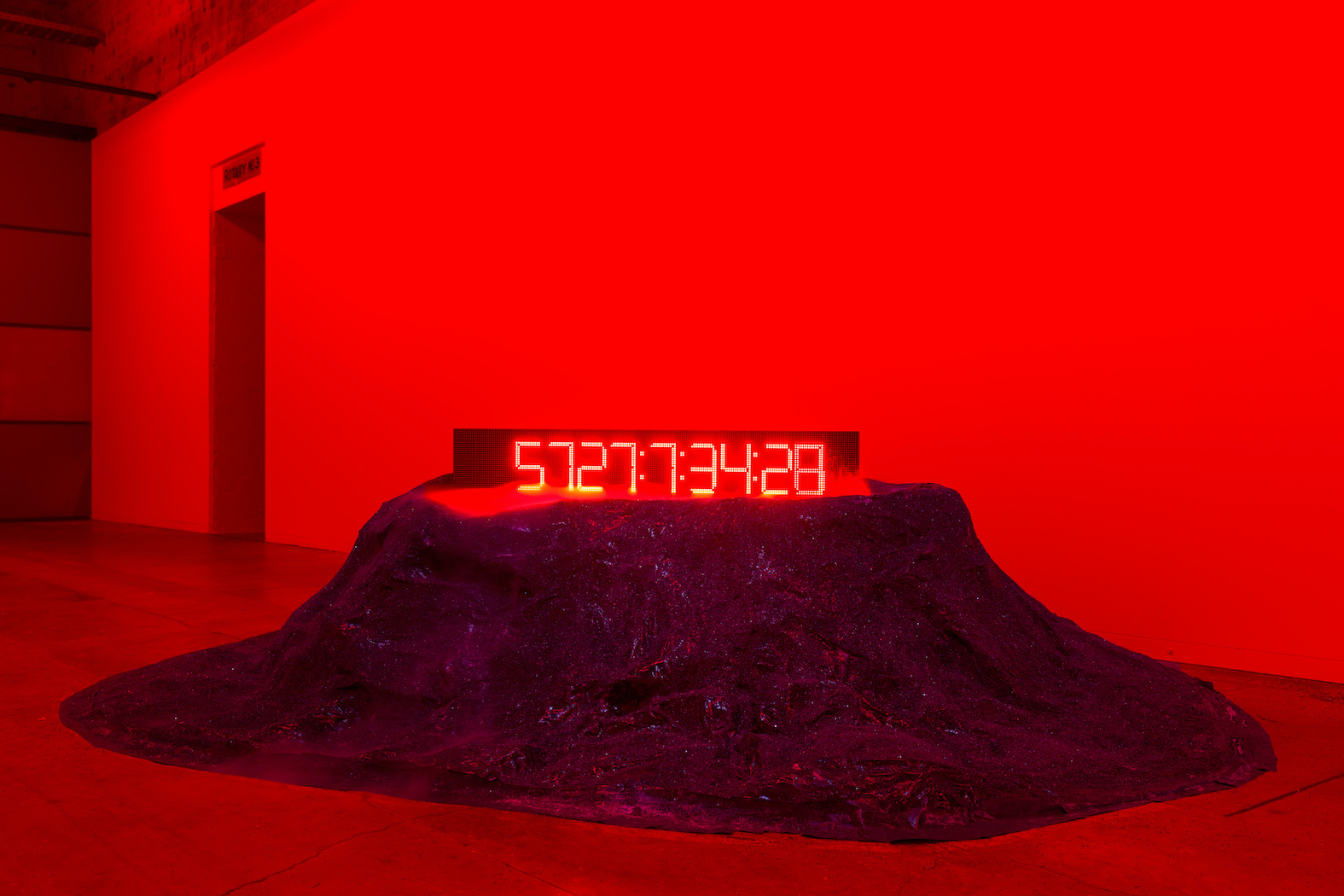 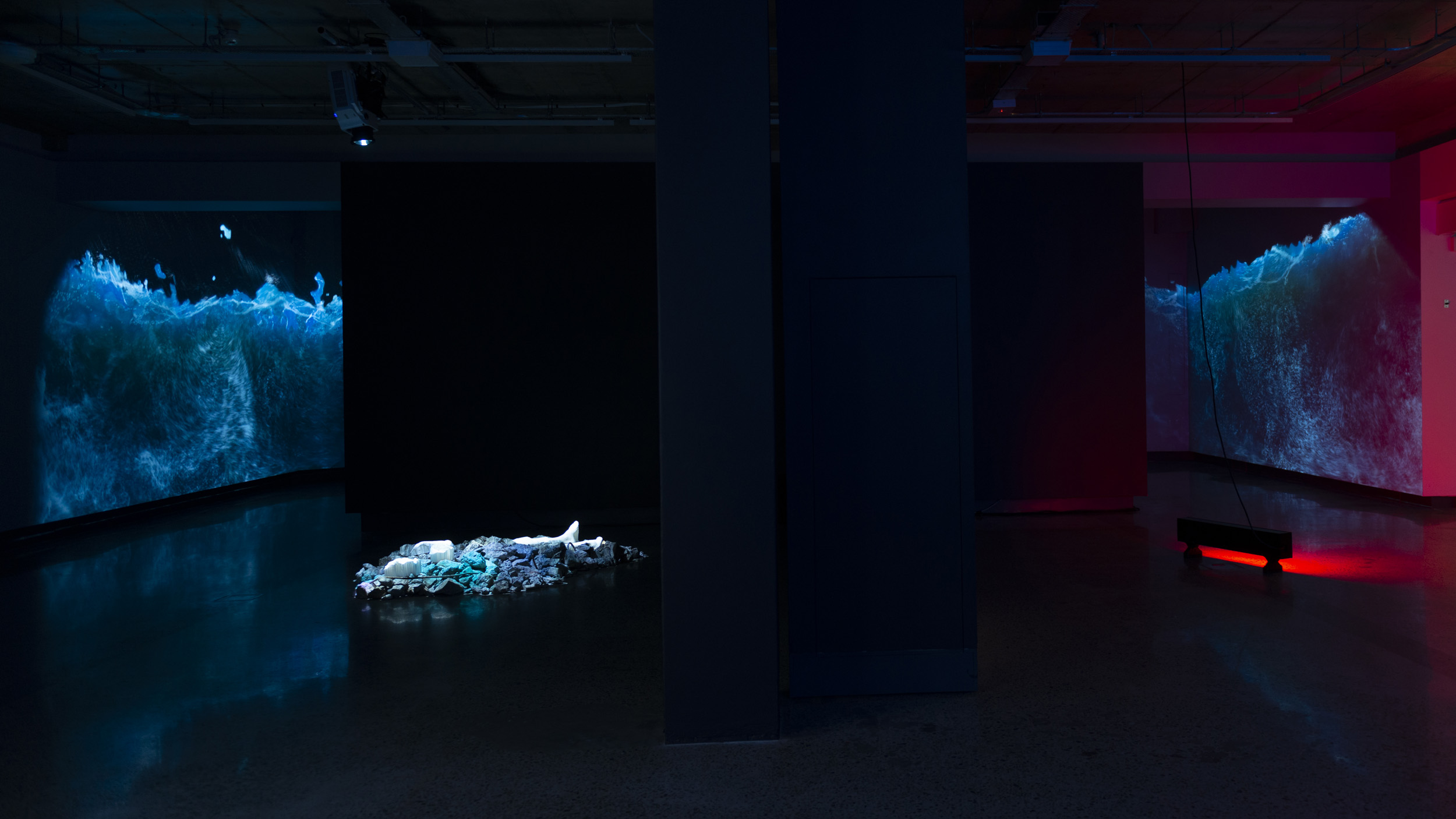 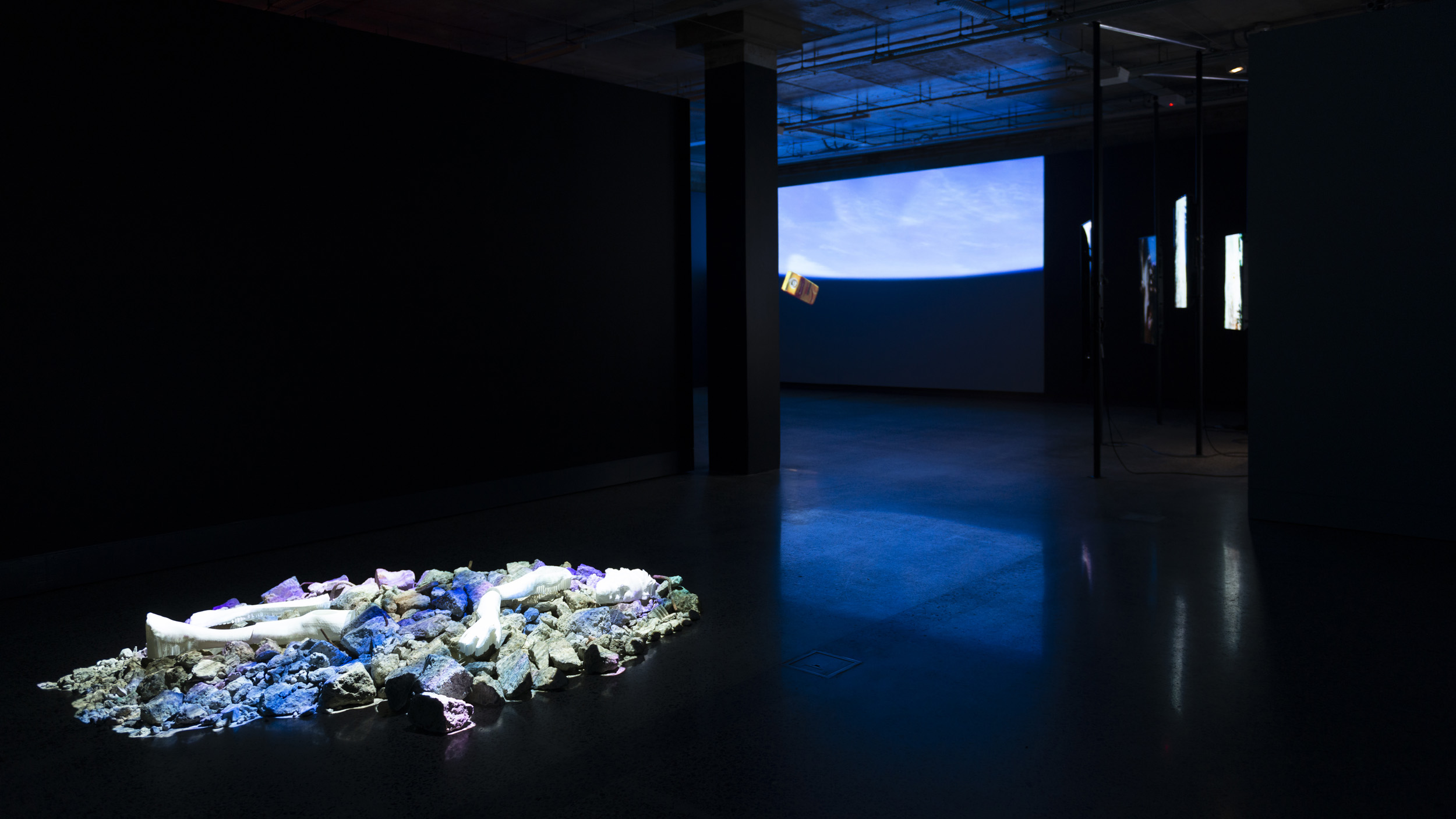 A wonderful show, delivers a strong message while totally mesmerising you, well done.