I see my paintings as akin to film stills; illustrating a small part of a bigger picture where story, character and scenery merge to create a portrait of life in these ‘somewhere-else’ places. I paint to capture my appreciation of this community around me.”

As an artist working across painting and film, Tim Ellis uses his experience as a former art director in the UK film and television industry to inform his work. Ellis has lived in the Douglas Shire, working in Port Douglas and Mossman since emigrating to Australia in 2005.
This body of work has developed over several years as artist Tim Ellis hones his focus on remote towns of regional far north Queensland. With a cinematic eye, he watches and captures vignettes of everyday life, accumulating threads of individual stories and shared experiences.
Upon returning to his Mossman studio, the artist creates large photographic montages, where new narratives unfold and people, buildings and activities are compressed into singular fiction snapshots. Minute moments and actions are amplified and past, present and future are merged. These hyper-real rural scenes offer a glimpse into reality and extend into fantasy.

“After arriving in rural Australia, from London, in 2005, I became fascinated with the country towns sleepily existing at the outer-reaches of Queensland. The textures and styles I see in are at once dated yet have a faded beauty. It is these charming scenes of rural folk existing in a world that seems slower, cosier and safer that captured my imagination for creating this collection of painted stories. With great fondness, I have travelled amongst these places, photographing the eccentric, the worn, the everyday, the facades, the signs and the sights of living an ordinary life at these furthest parts. One can almost imagine being taken back into another time, where communities are existing a big step away from the commercial cities and modern approaches of seemingly mainstream life. Rural architecture, style and self-image blur with the decades of the past; small town traditions such as country shows are still popular, and the patina of age is evidenced in the layers of painted shopfronts. Charming personalities go about their daily life, visibly removed from the politics and progress of a modern, edgy, sometimes dangerous world.” 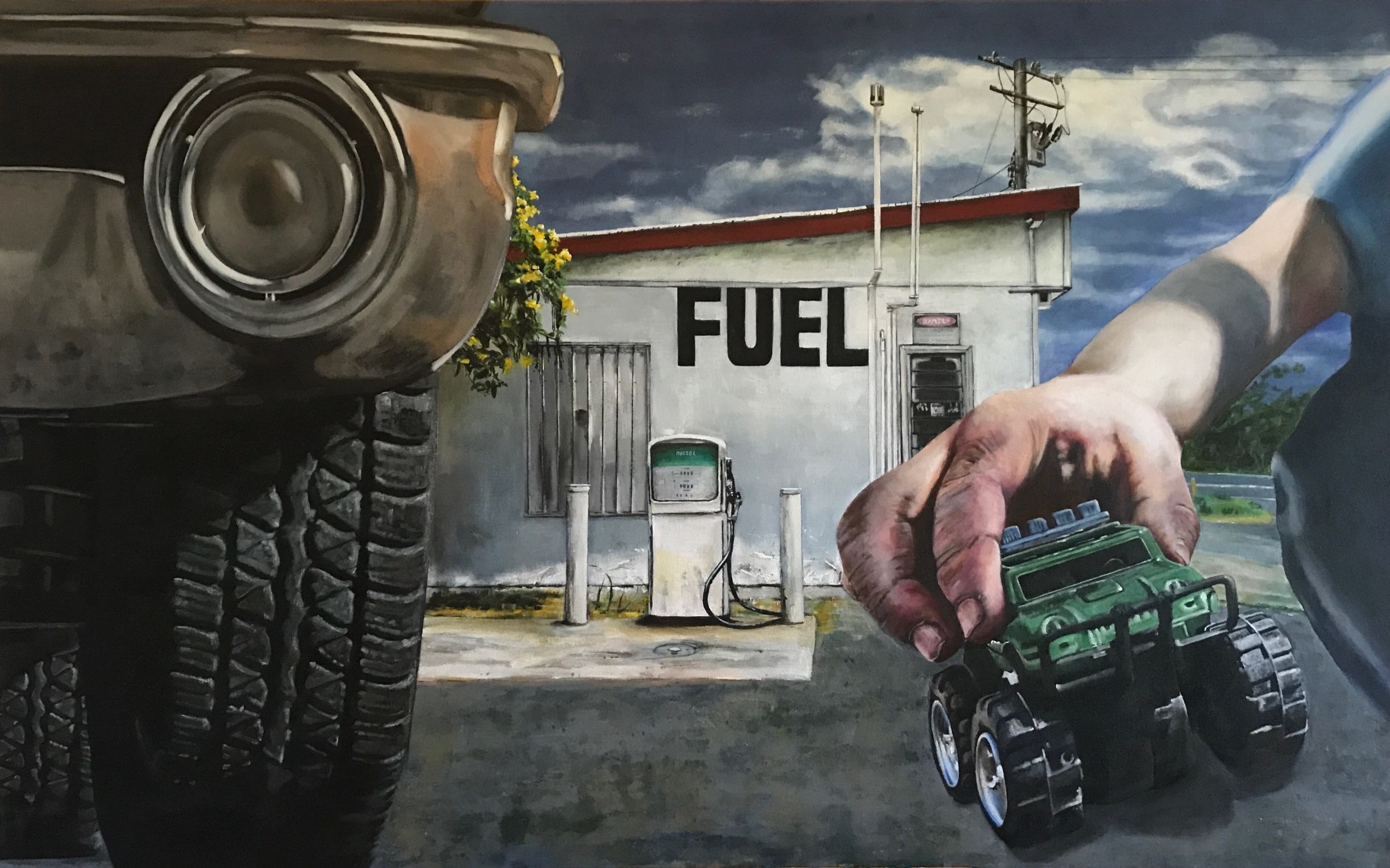 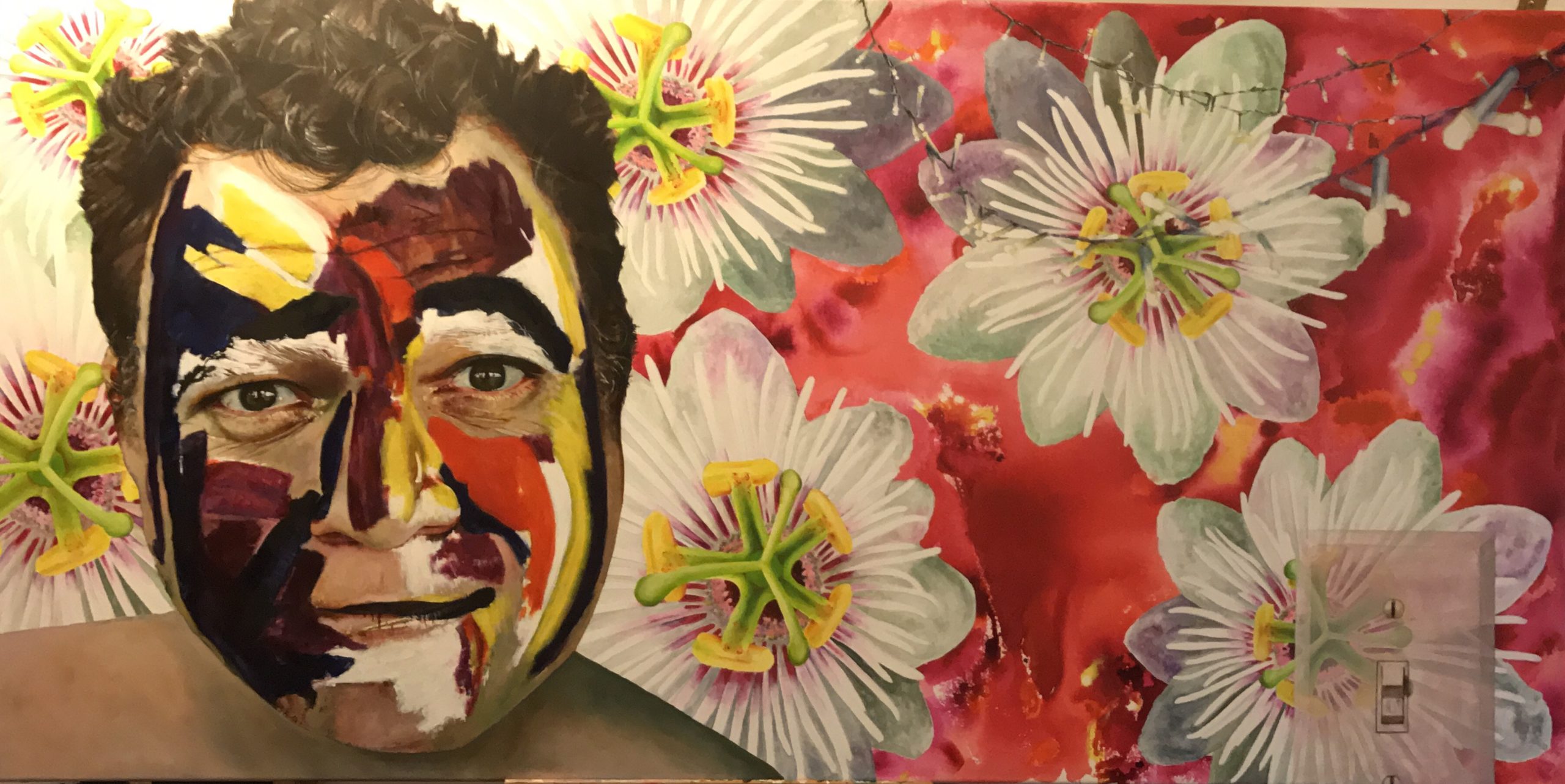 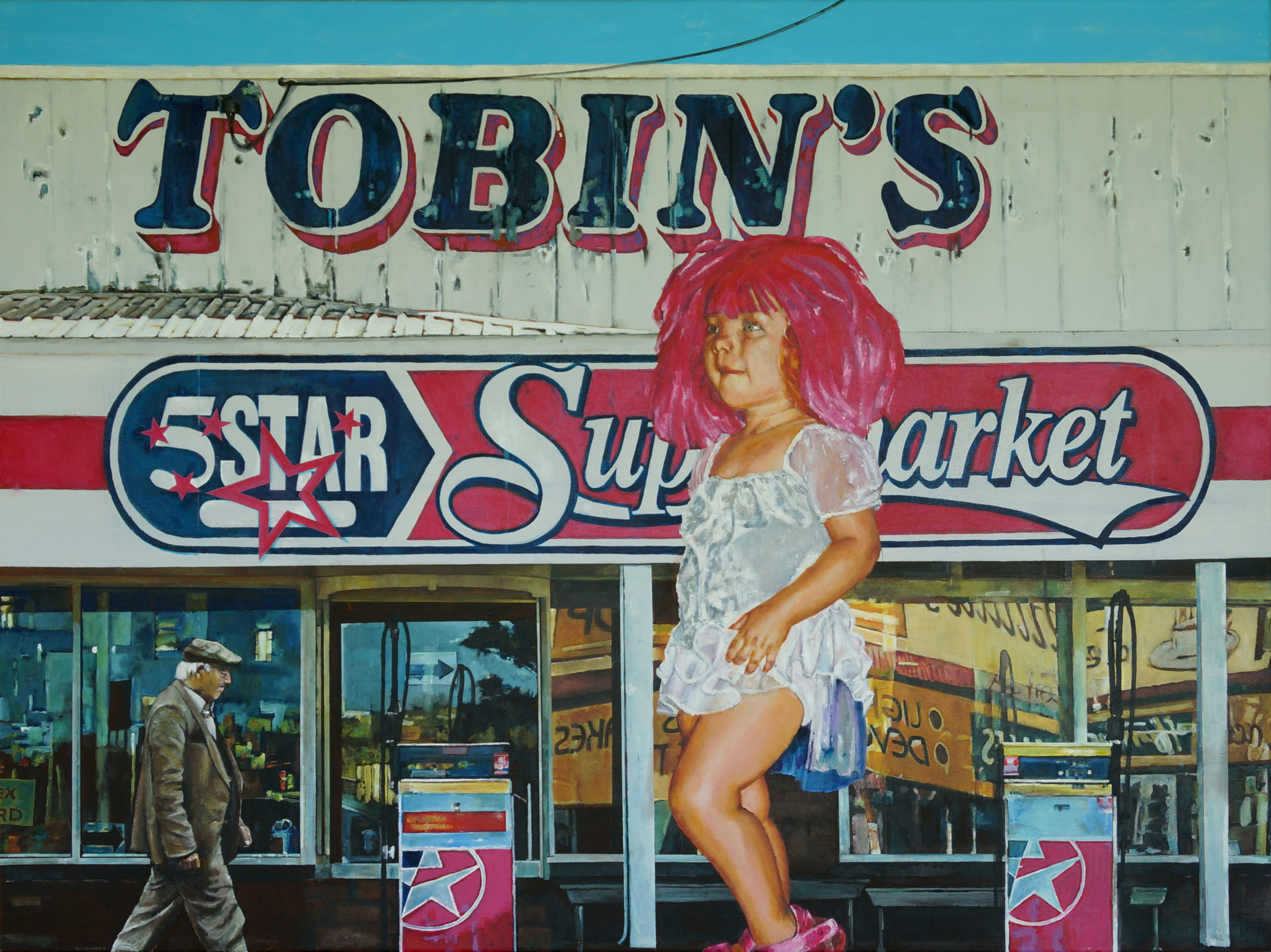 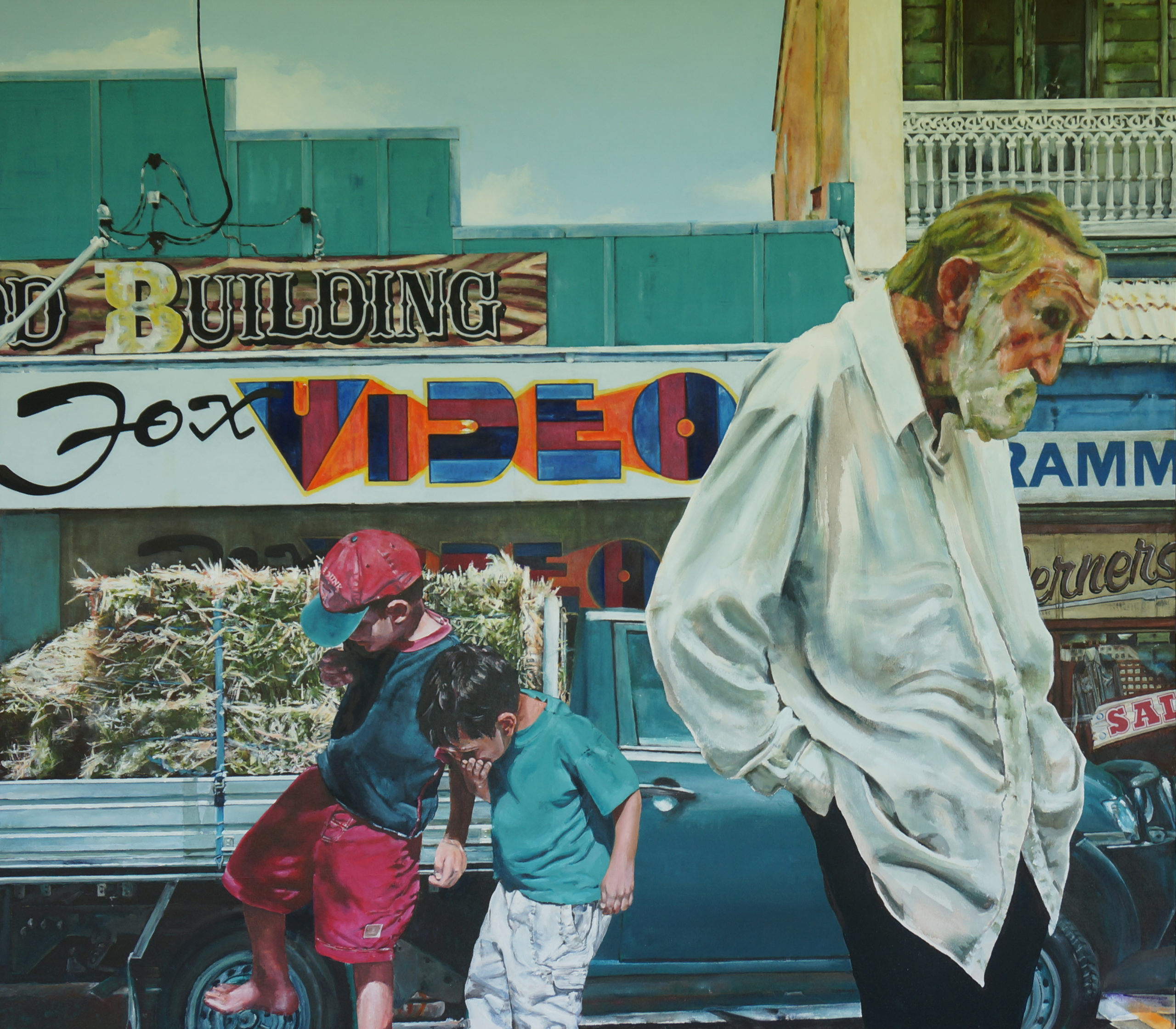 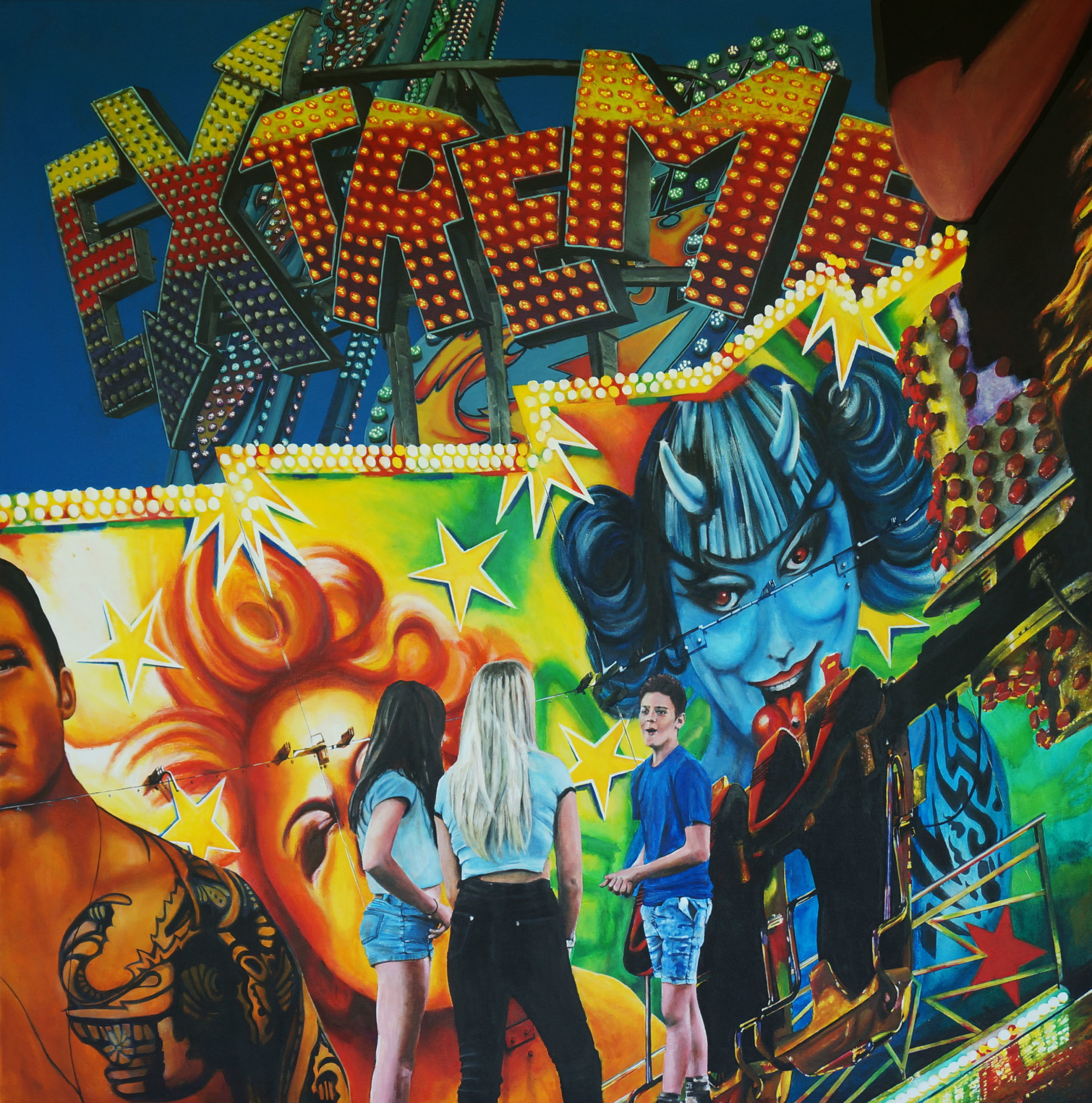